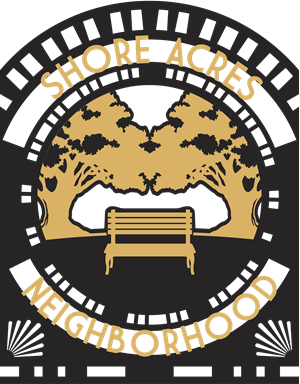 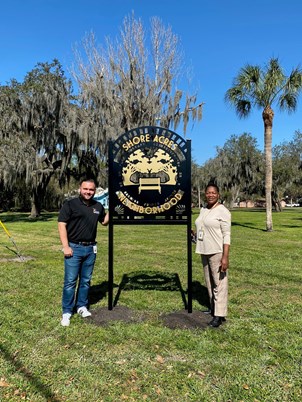 Although not one of Lakeland’s seven historic districts, there is plenty of history in Shore Acres. Most of this quiet residential neighborhood was platted in 1924, during the Florida land boom. But decades prior, a group of Englishmen settled the area around Interlachen Park and called it Acton, for an English lord. In the 1880s and 1890s, the village of Acton was a rival of Lakeland.

During its decade of existence, the town had about 200 residents – most of them the second or third sons of affluent Britons. The village boasted two hotels (Acton House and Lake House), a sawmill, two stores, a saloon, a church, and a railroad depot. However, no Acton-era structures stand today. The town declined and its residents scattered after a pair of disasters – back-to-back freezes in 1894 and 1895 that destroyed 90 percent of the citrus crop and a mysterious fire that burned the rail depot to the ground.

Residents include a mix of longtime Lakelanders and new arrivals. The neighborhood has been a favorite of real estate investors in recent years, fixing up and re-selling homes. 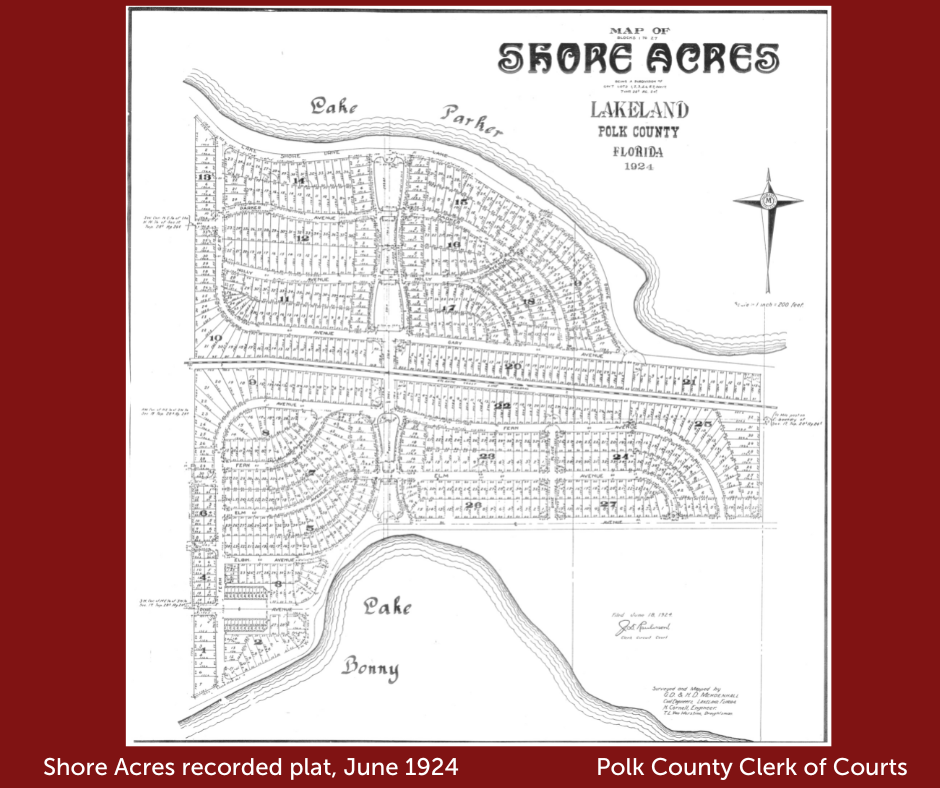 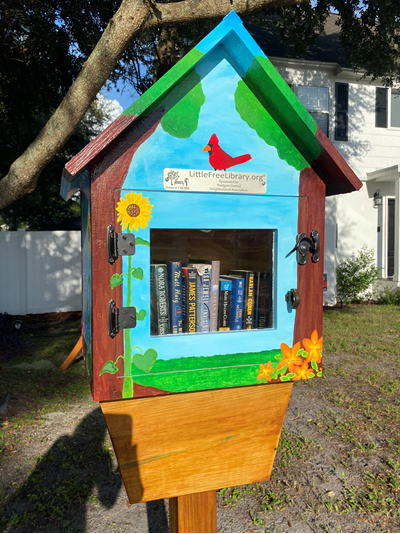 A Little Free Library that was generously donated to the Shore Acres neighborhood by the Westgate Central Neighborhood Association. It was painted by artist and Shore Acres resident Trista Parks of 3 Visions Art. 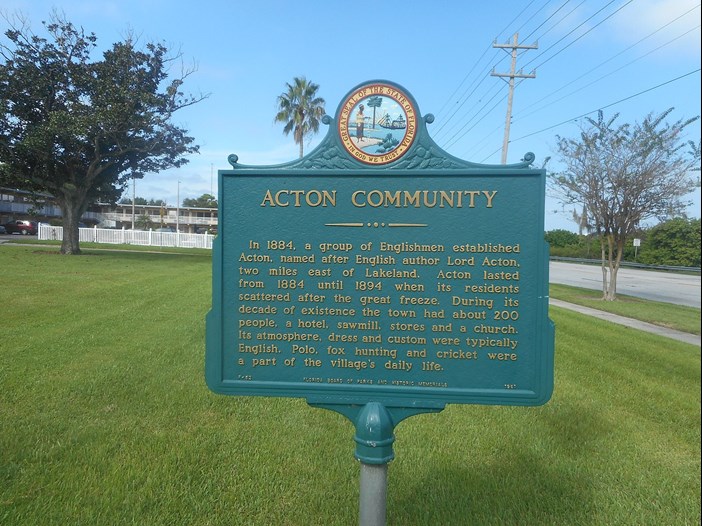 A marker at the northern end of Interlachen Park near Memorial Blvd tells the story of Acton Community, a British village that existed from 1884-1894 in present-day Shore Acres. 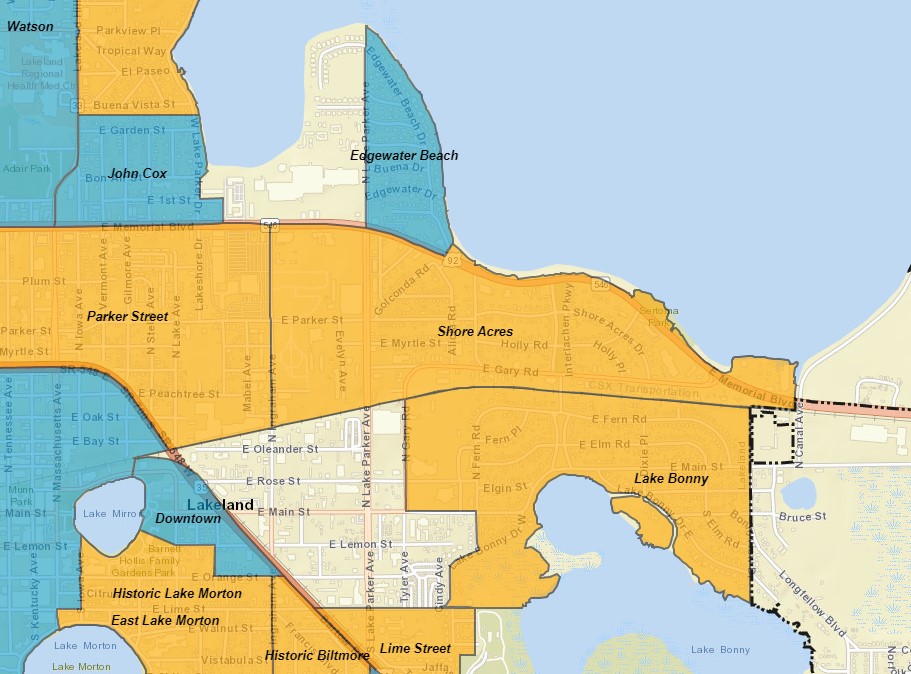 Today, the Shore Acres neighborhood stretches from Ingraham Ave. on the west to Canal Ave. on the east. It is bounded on the south by the CSX railroad tracks, and the north by Memorial Blvd. 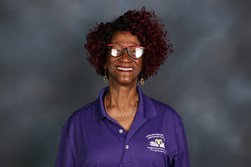 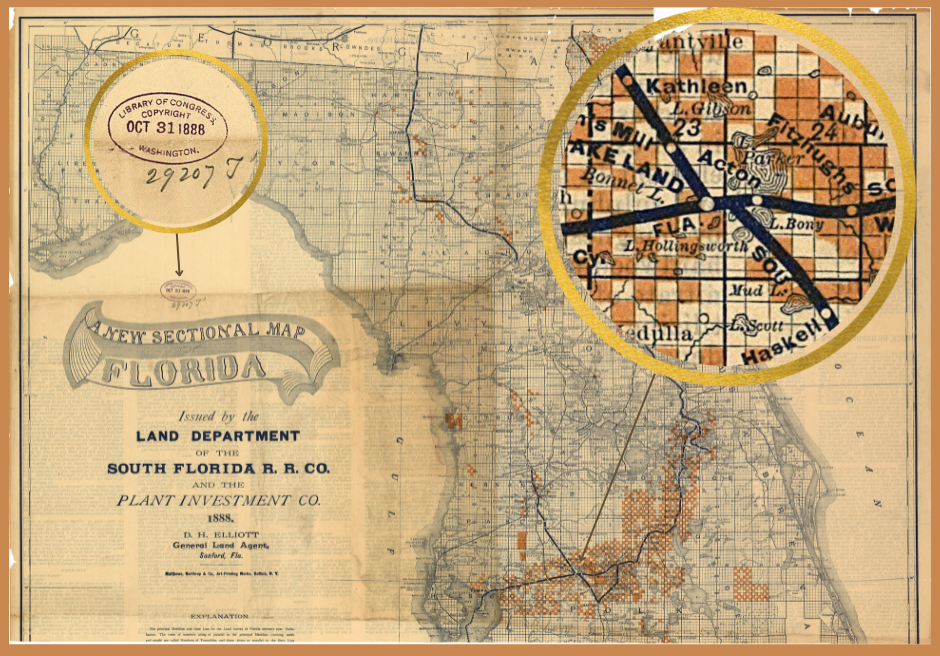 An 1888 railroad map shows a stop at the former Acton community, between Lake Parker and Lake Bonny.

A topographical map of Lakeland in 1944, showing Shore Acres in the upper right corner. As the small black squares show, there were not many homes yet so neighbors were quite spread out. 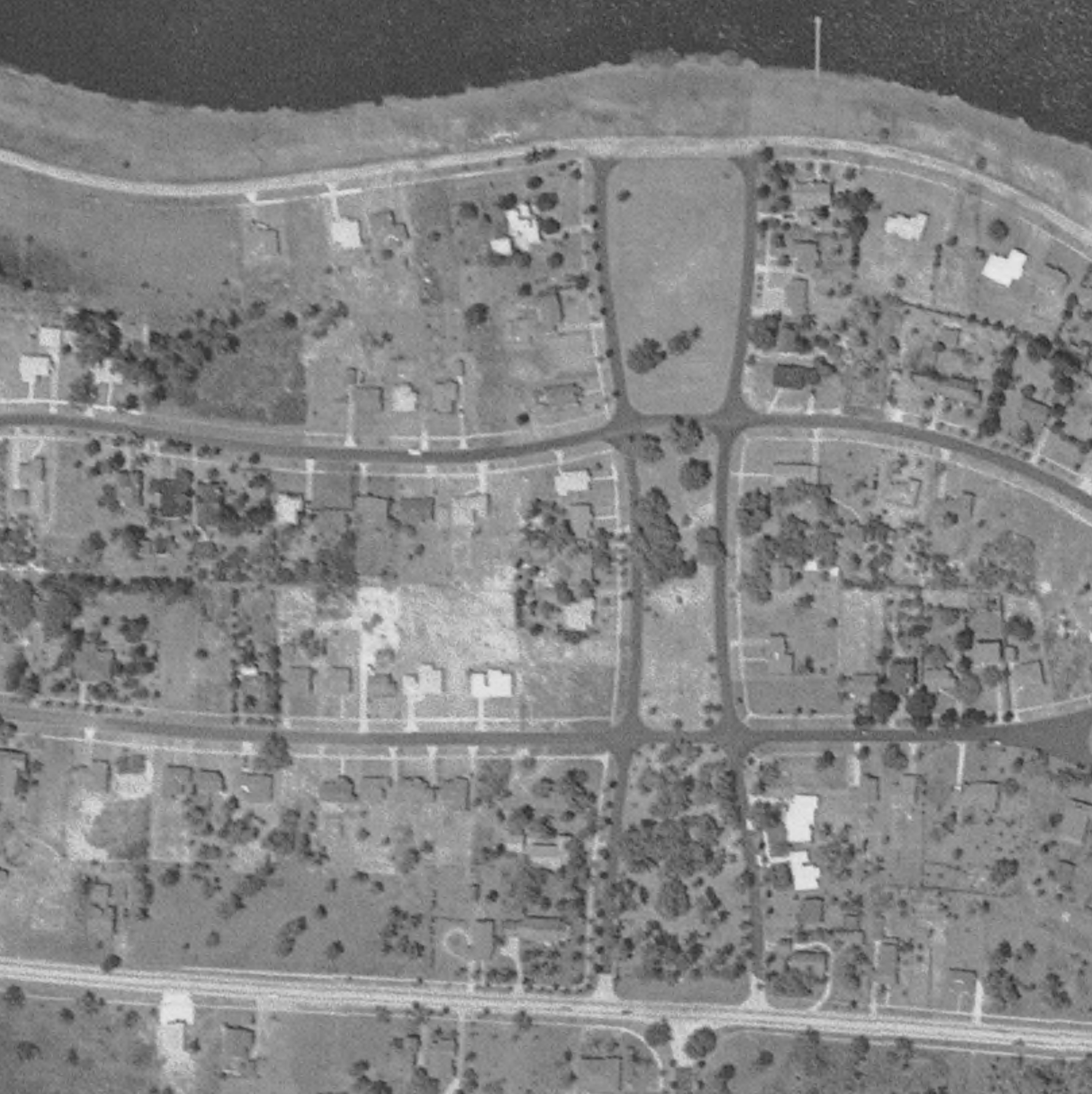 An aerial photo of Shore Acres and Interlachen Park in 1952. 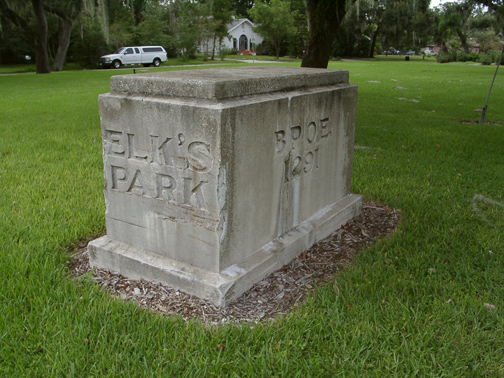 Interlachen Park was originally dedicated in June 1933 as "Elk's Park," with a statue of an elk atop a rectangular pedestal that still stands. The dedication was attended by Florida Governor Dave Scholtz. However, a few years later, City Director of Recreation Joker Marchant asked the Elks to move the sculpture amid concerns that children were climbing on it and might get hurt. 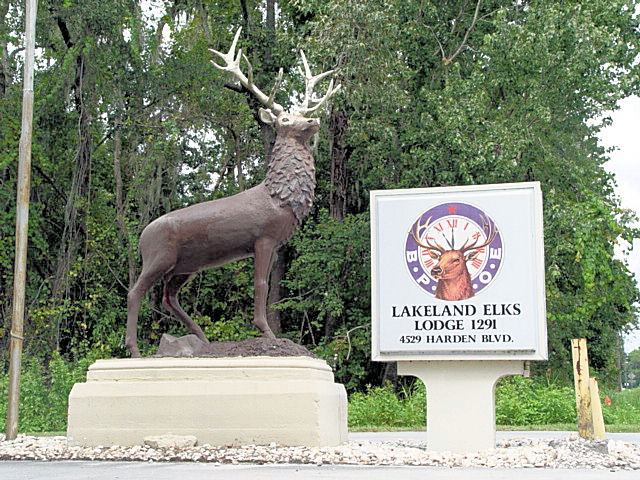 The elk now stands watch outside the current home of Lodge 1291 of the Benevolent and Protective Order of the Elks (BPOE) at 4529 Harden Blvd.

An article by local historian Martha Sawyer in the Ledger on May 19, 1982 describes the history of Acton.