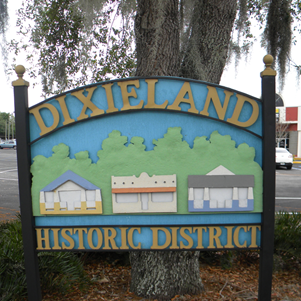 Dixieland is one of Lakeland’s most colorful and vibrant neighborhoods, with many bungalow homes built between the 1920s and 1940s, generous green spaces, churches, schools, and a growing retail corridor of vintage shops, restaurants, and coffeehouses. It is a family-friendly and walkable community with an active neighborhood association. The commercial section is also one of three Community Redevelopment Agency (CRA) districts in Lakeland.

Dixieland was listed on the National Register of Historic Places in 1994. It is one of the city’s most traditional neighborhoods, with a grid pattern of streets and alleys, a mature tree canopy, and historic lights – all of which add to the historic atmosphere. It is bounded by South Florida Avenue to the east, Lake Hunter to the west, Dobbins Park to the south and downtown to the north.

While the earliest platted subdivision on the site is the 1885 Riggins & Stephenson’s Addition, the neighborhood gets its name from the “Dixieland” subdivision platted by Patterson, Finney, and Cox in 1907 and developed by Henry B. Carter and C.W. Deen. By 1910, a water system was installed. Local newspapers promoted the area as a “fashionable suburb.” 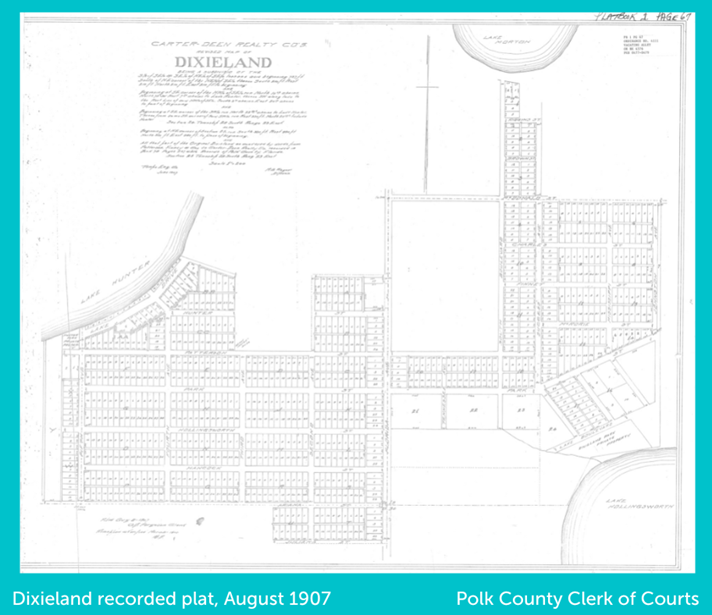 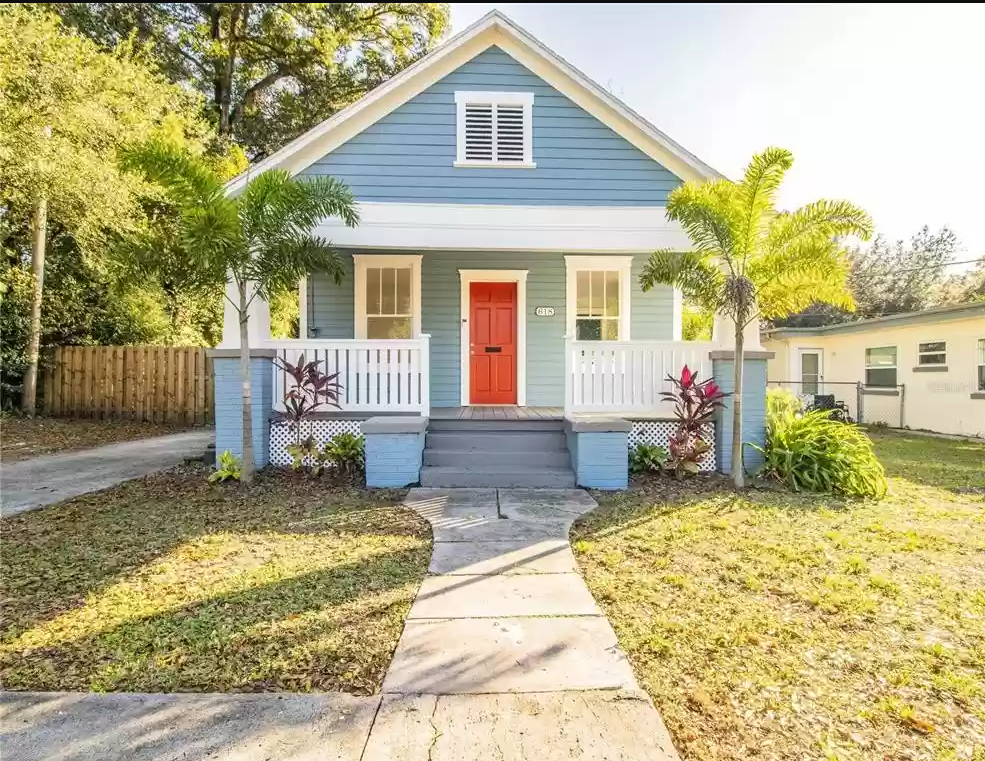 The steampunk "Flights of Fancy" mural by Tim Haas was added to Southside Cleaners as part of the CRA's art infusion program. 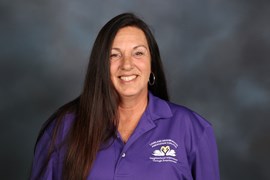 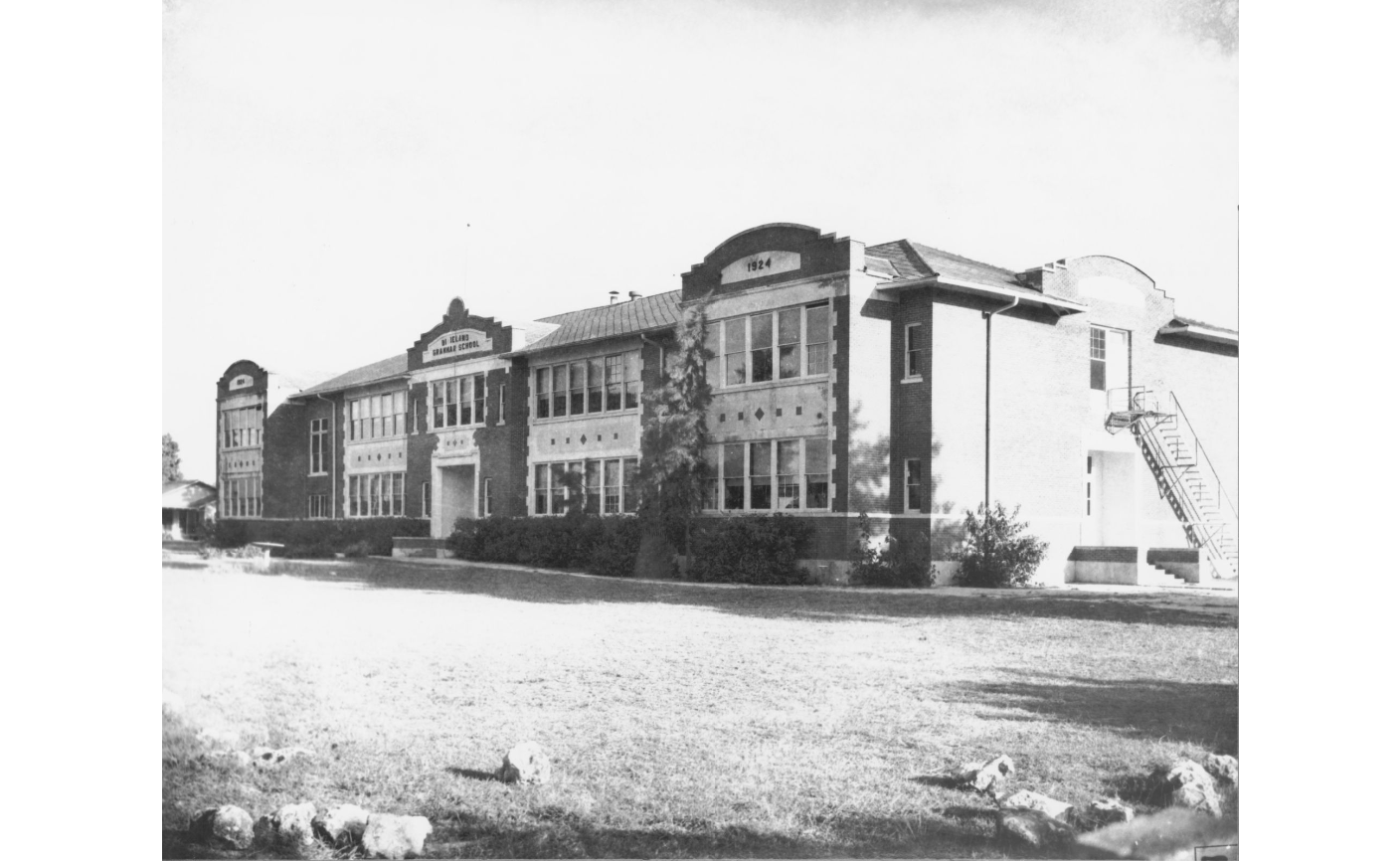 Originally called Dixieland Grammar School, Dixieland Elementary was built in 1924 at a cost of $67,500. The brick and stucco building opened its doors to students in September 1924 and has been in continuous use as a school ever since. It underwent a $1.5 million renovation in 1993. 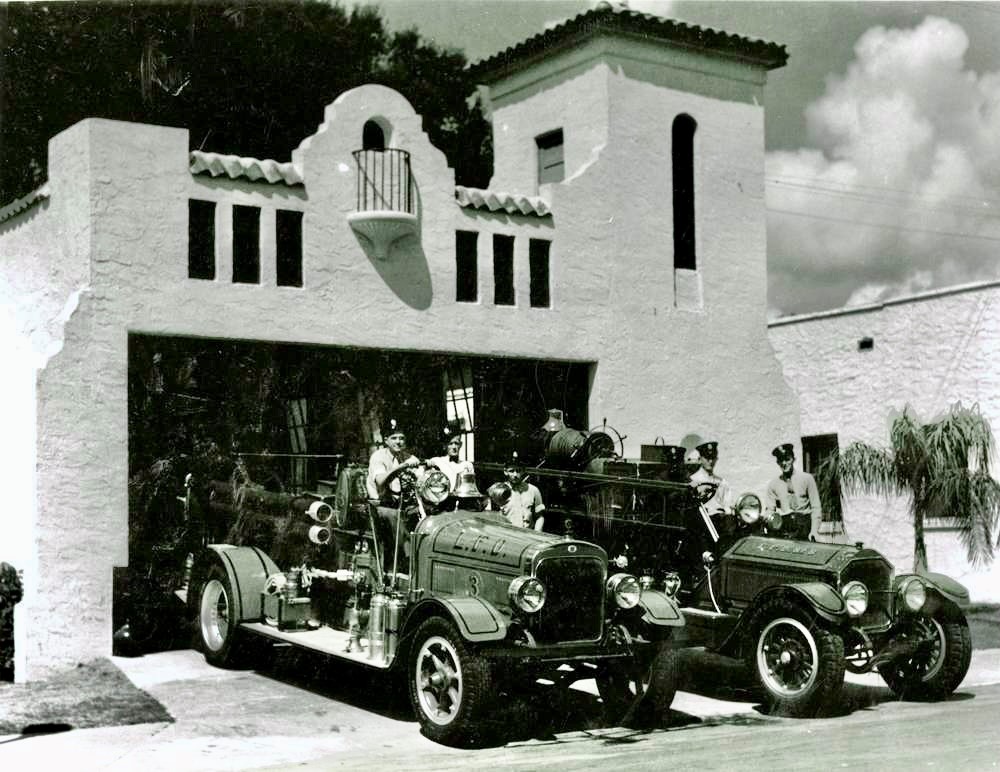 The City of Lakeland's second fire station was built in Dixieland in 1925. Station No. 2 remained at this location until 1955 when the city built a larger facility.