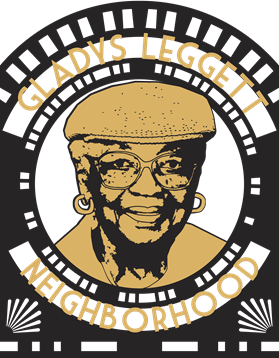 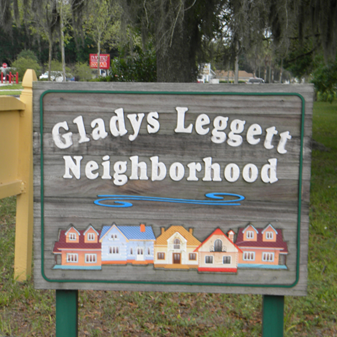 About the Gladys Leggett neighborhood

The influence of late civil rights activist Gladys Leggett is everywhere in the quiet, well-kept neighborhood that bears her name. The neighborhood, formerly known as Edgeton, is bounded by Kathleen Road on the east, the CSX tracks on the west, and 10th Street to the north.

Neighborhood Association president Morris Chestang walks the tree-lined streets five or six days a week pulling a small wheeled cart lined with old campaign signs and picking up trash. Sometimes he stops by Ms. Leggett’s red brick house to pick a tangerine, which he eats as he walks. According to Mr. Chestang, “It was originally an all-white neighborhood, but Black people moved in one by one.” That transition was underway when he built his home in 1971 and happened peacefully, without any of the threats or violence that characterized desegregation in some other communities.

Some of the neighborhood’s first Black residents, including Ms. Leggett, were longtime Publix workers among the first small group of Black employees to be able to buy Publix stock. The privately-held company pays quarterly dividends and initiated a 4-for-1 stock split in 1969 and another 10-for-1 split in 1984, bringing wealth to its shareholders. Over time, Ms. Leggett purchased more than a dozen lots in the neighborhood and built several houses – some for family members, some of which she rented.

“The neighborhood went from all-white to all-Black over a period of about 10 to 15 years. Now it’s getting mixed again,” Mr. Chestang said. Although the lots drawn in 1914 and 1924 were mostly 50 feet wide, many early owners combined two or three parcels when building their homes, so it's common for residents to have wide side yards as well as back yards. “It's getting more and more mixed every time an empty house turns up. Everyone wants to move here. We get calls two, three, four times a week from people trying to buy these houses.”

The neighborhood’s tidy and peaceful character is not an accident. Over the years, as individual houses fell into disrepair, drug dealers and vagrants moved in and caused trouble. But thanks in large part to Ms. Leggett’s tenacity, it never lasted long.

“She had a nice calm voice, but when she spoke up, people listened,” Mr. Chestang recalled. More than once, Ms. Leggett persuaded former Lakeland Police Chief Roger Boatner to sit with her for a couple of hours and watch the goings-on at a derelict house or an intersection where people were running stop signs. Thus began a partnership between the neighborhood and the City that has led to the demolition of several abandoned structures, periodic police raids, and cleanups of vacant lots.

That community spirit continues today. Although enforcement rarely happens as quickly as he’d like, Mr. Chestang says there is a core group of 10 to 15 residents who regularly report illegal dumping or suspicious activity. Many of them are teachers or former teachers. “In this two-block area, we have at least eight teachers,” he said, motioning to the stretch of 9th Street from Atline Road to Regan Avenue. They include Mr.Chestang, who taught middle school science for several decades. With patience and persistence, these neighborhood activists carry on Ms. Leggett's work of keeping their community a safe and desirable place to live. 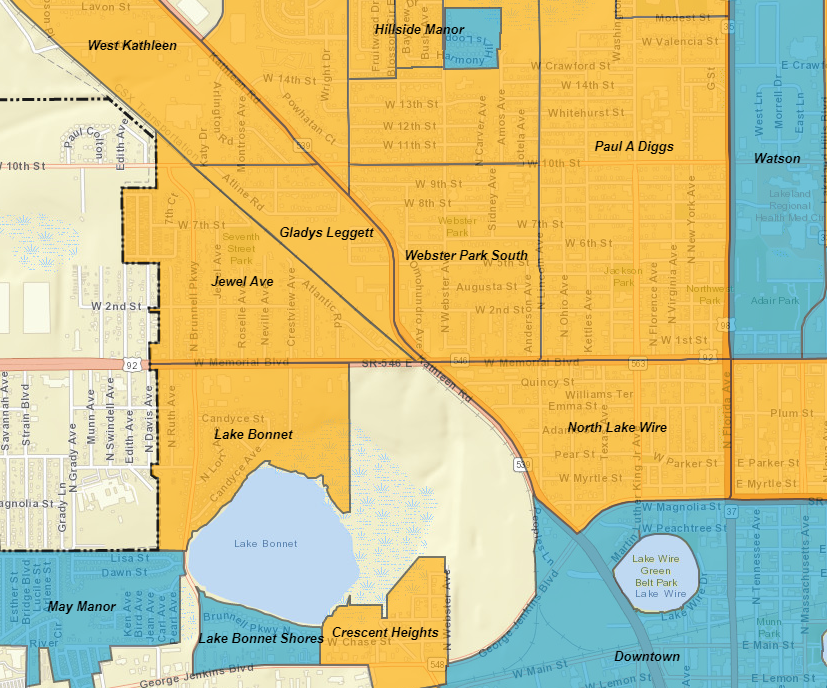 The Gladys Leggett neighborhood is bounded by Kathleen Rd. on the east and northeast and W. 10th Street to the north. The southwestern edge is defined by the CSX railroad track. 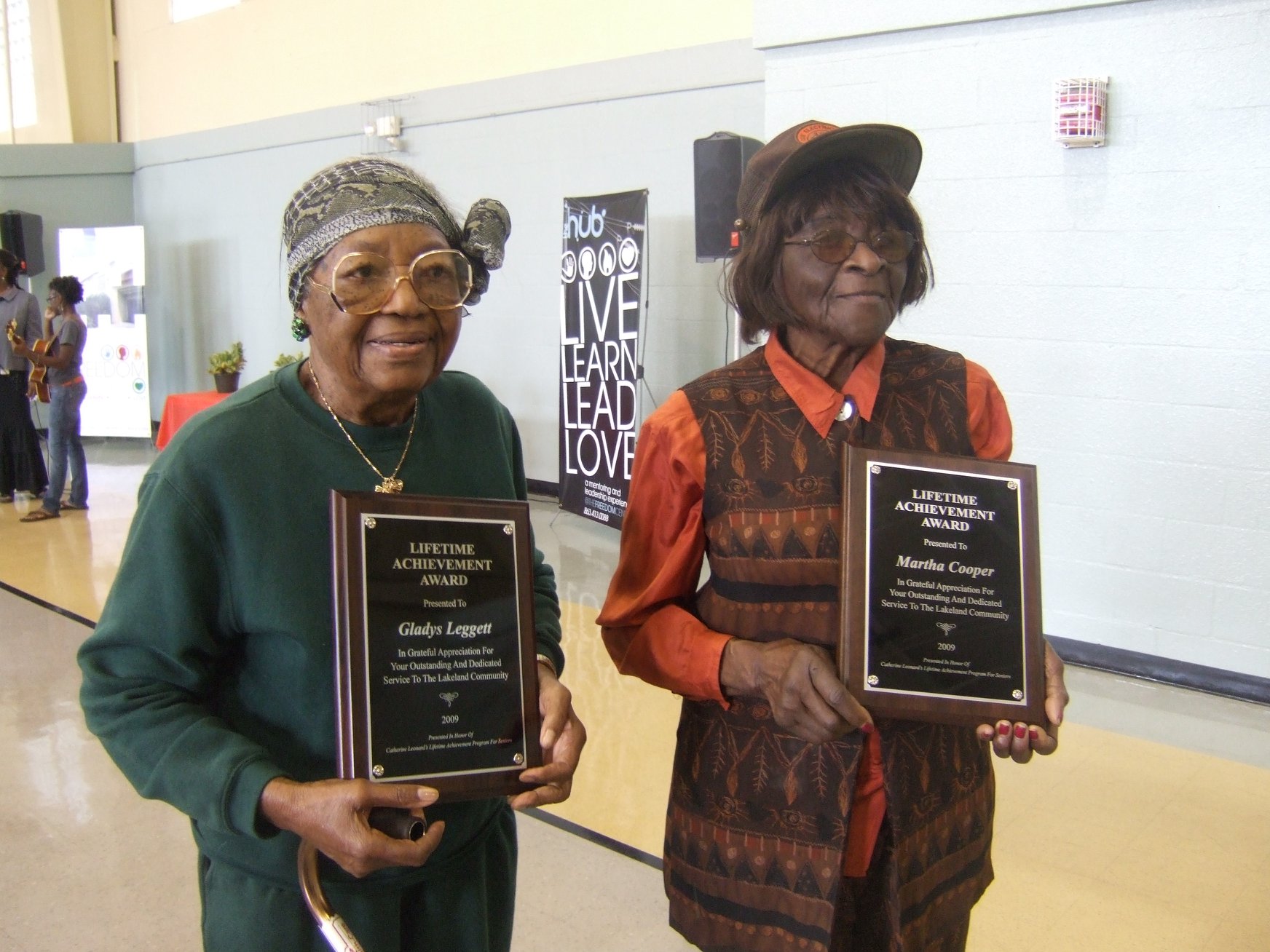 Gladys Leggett was born in Feb 8, 1920 in Tallahassee, FL and moved to Lakeland at an early age with her parents and became an advocate for education and unity in the community. A retiree of Publix Supermarkets, she was a golden heritage member of the NAACP and one of the founders of the Democratic Women's Club of Polk County. She was also an activist in the Civil Rights Movement and pushed for equal rights for the African American community. 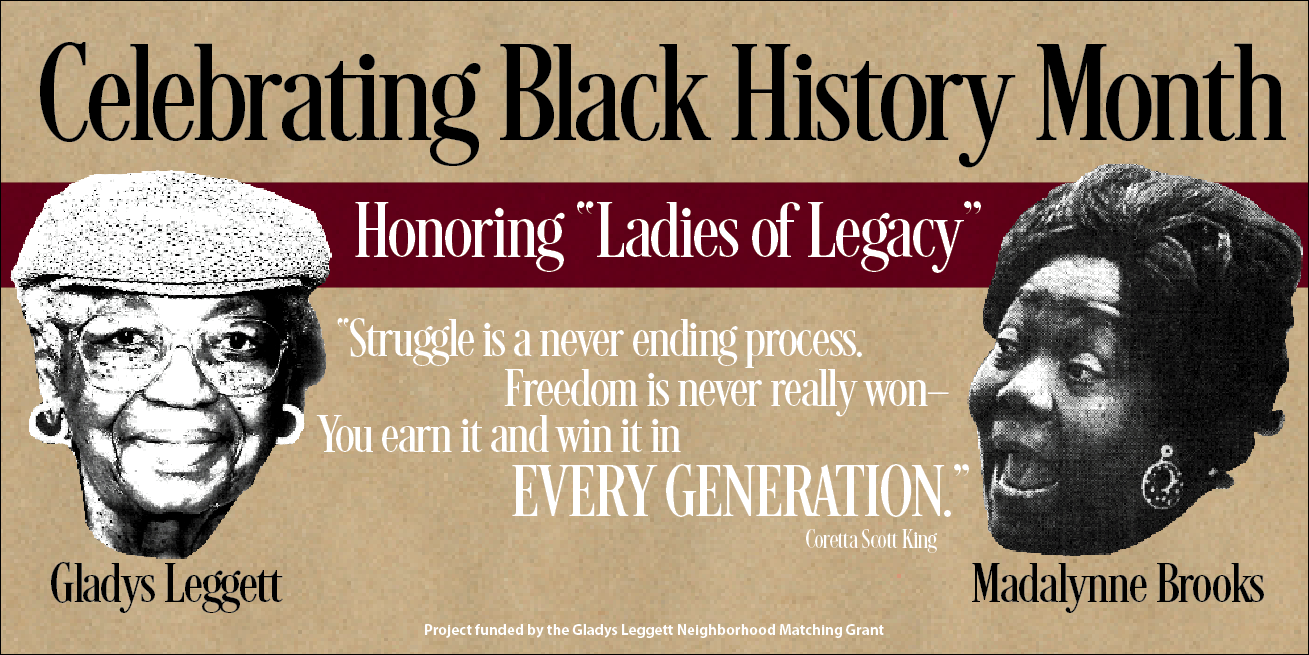 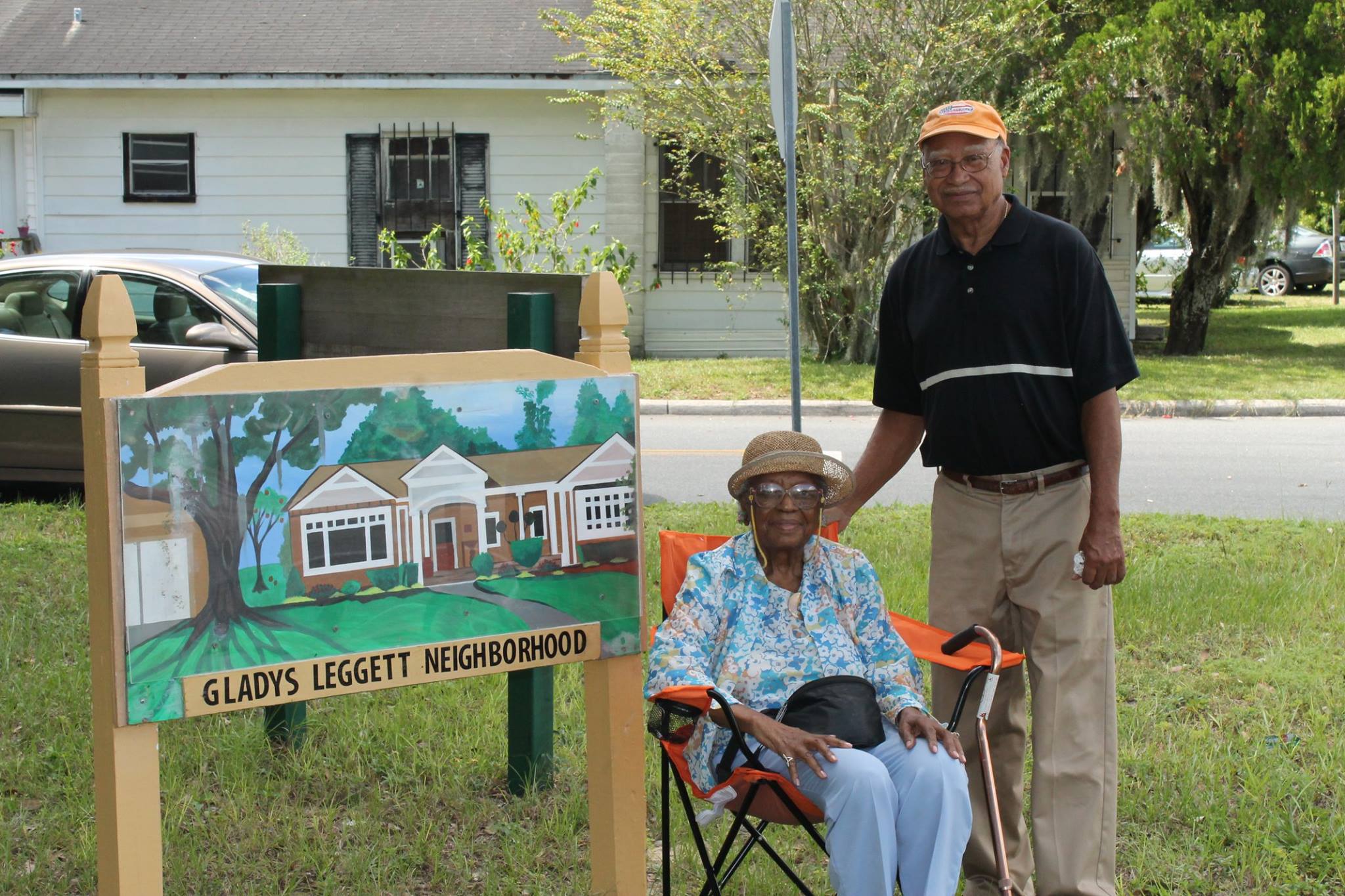 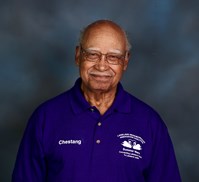 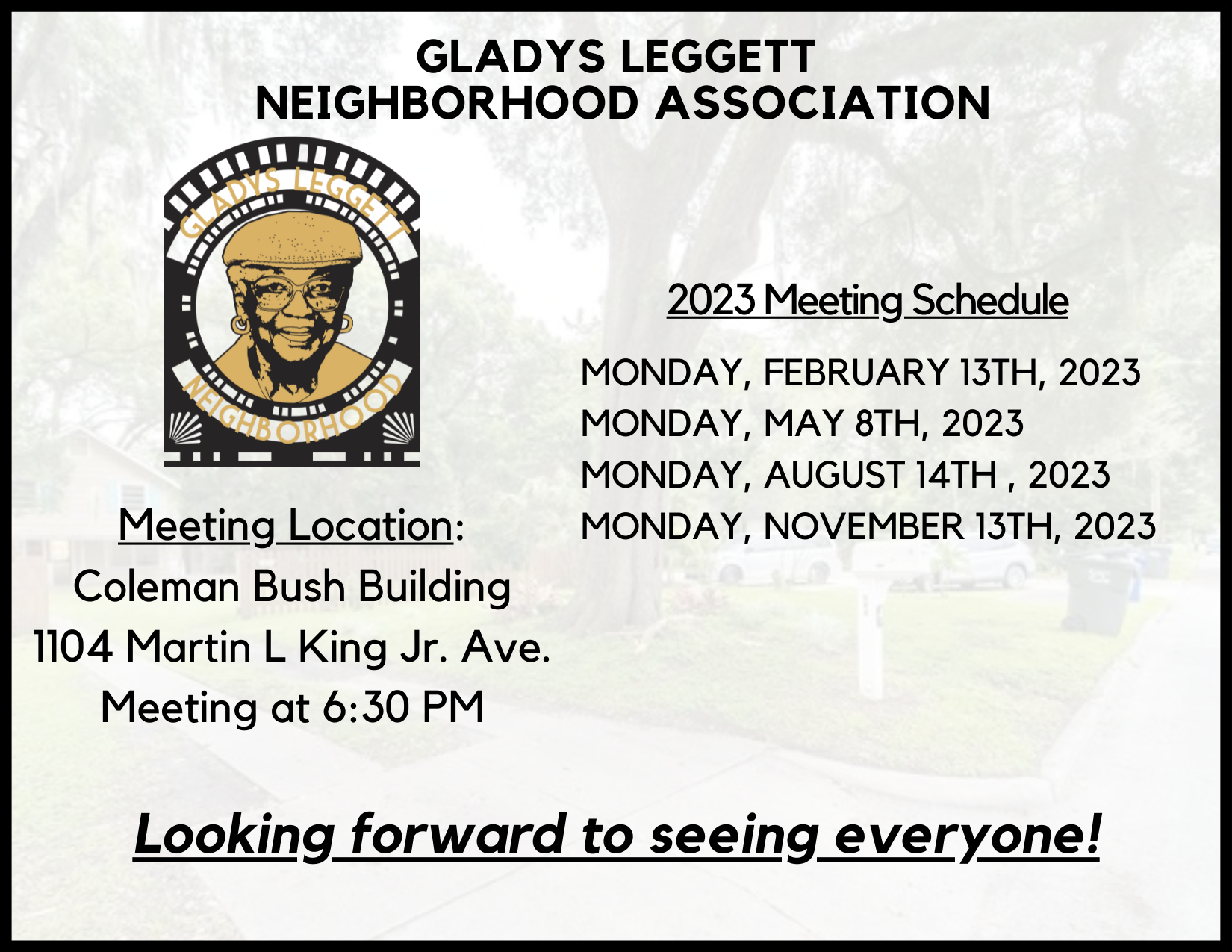 Meetings:  The Neighborhood Association meets quarterly on the second Monday of February, May, August and November at 6:30 p.m. at the Coleman-Bush Building. 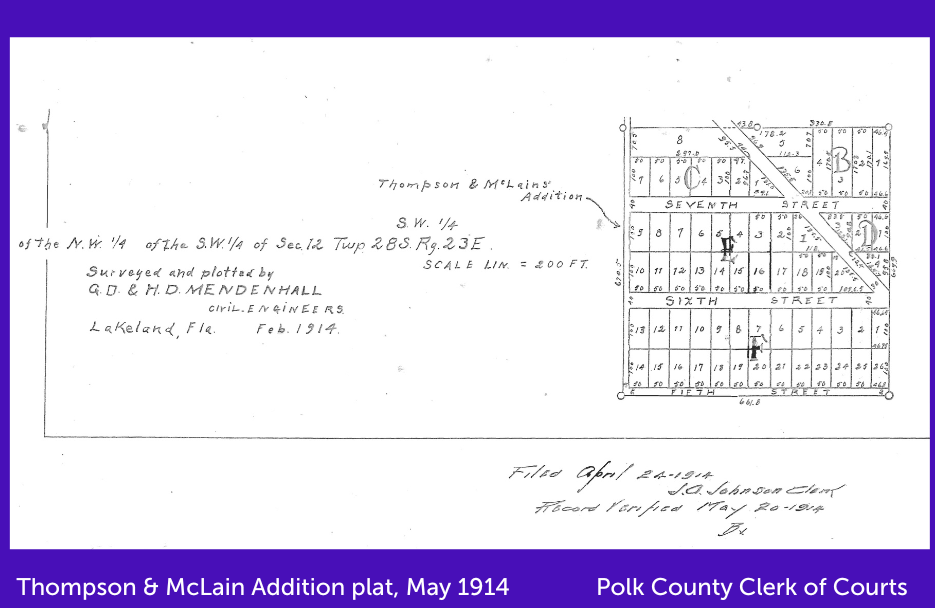 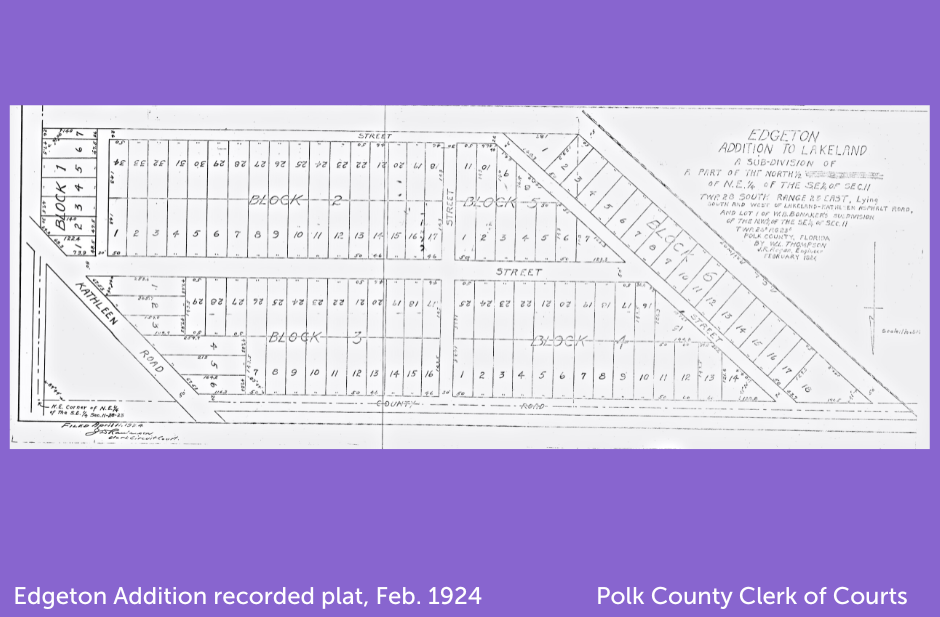