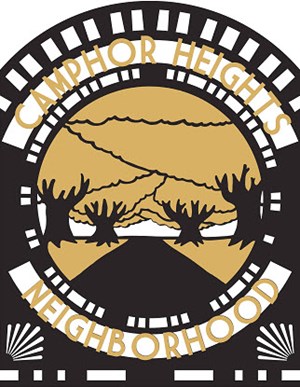 Camphor Heights is a close-knit residential neighborhood bordered by Ariana Street and Dobbins Park to the north, S. Lincoln Avenue to the west, Fairview Avenue to the east, and W. Beacon Road to the south. It was platted in 1951-1952 and contains many midcentury modern homes, including one featured on HGTV in 2019.

The neighborhood is known for its friendly residents and community spirit. While some homes are rented, particularly on the northwest side, most are owner-occupied. Neighborhood Association president Lee Robinson said many of the 220 homes go all out decorating for the holidays, drawing visitors from around the city. Residents often check in on elderly neighbors and help each other out.

Camphor Heights gets its name from the more than 80 stately camphor trees lining Camphor Drive, planted circa 1917 by landowner James H. Jones back when it was just a dirt road referred to by locals as “Lover’s Lane.” Although technically an invasive species and not recommended for planting by the University of Florida's extension program, these large evergreen trees have dense crowns that create a charming leafy canopy. The section of Camphor Drive between Ariana Street and Beacon Road is considered by some to be the most beautiful street in Lakeland. Artist and neighborhood resident Josh “Bump” Galletta featured the trees when designing a logo for Camphor Heights.

The community has an active neighborhood association with block captains, a newsletter published every other month, a Facebook group, Neighborhood Watch, an annual yard sale, and a "Seriously Fun" committee that organizes social events including movies in the park and a puppy parade during the National Night Out each August. Camphor Heights sometimes partners with the neighboring Dixieland and Beacon Hill neighborhoods for events. 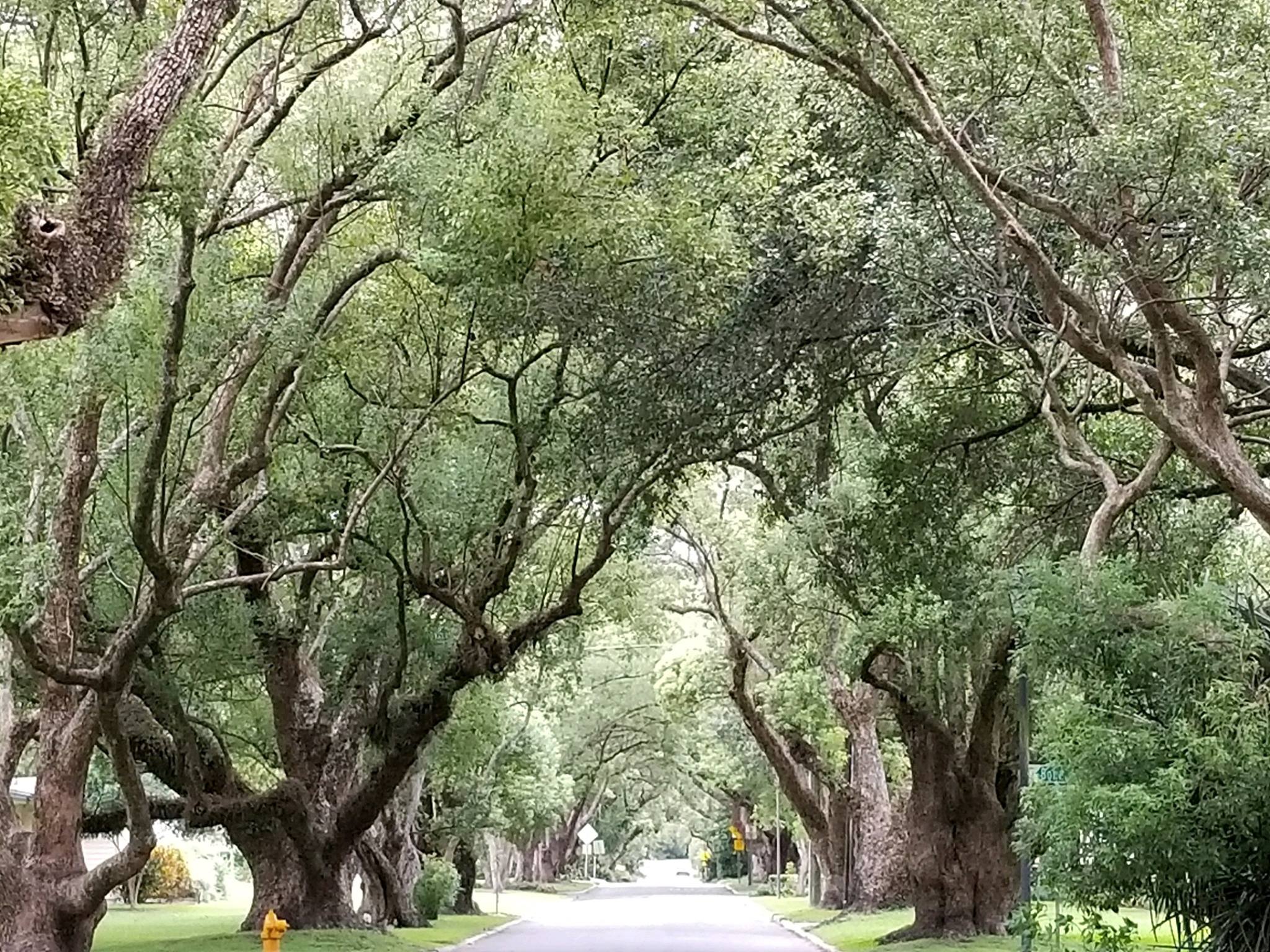 Camphor Drive facing Beacon - considered by some to be the most beautiful street in Lakeland. 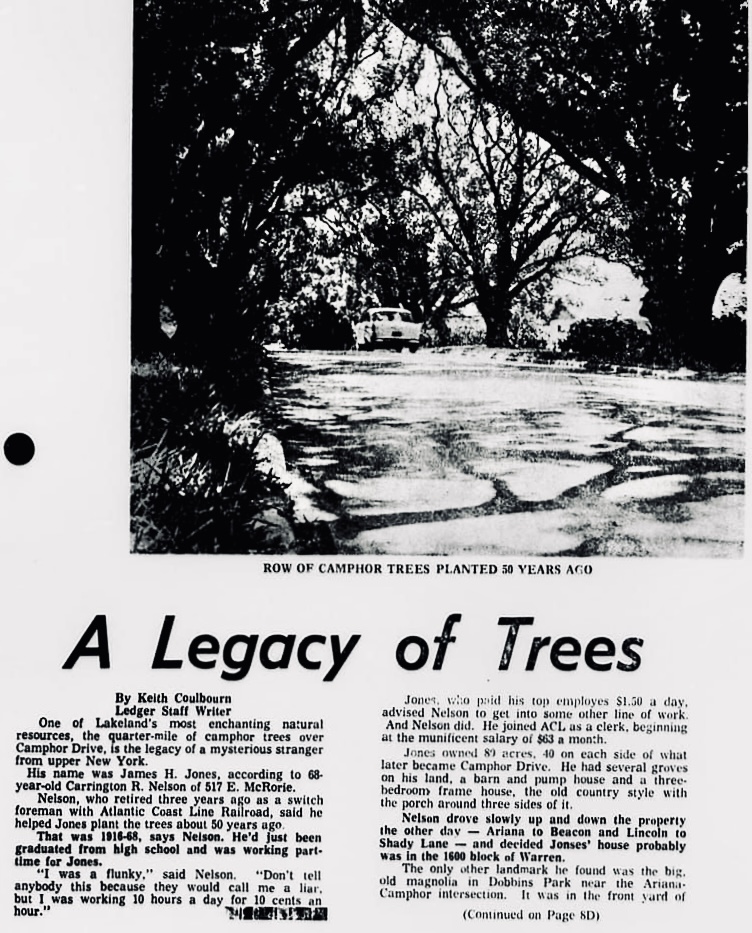 A July 1967 article in the Ledger tells the story of how the camphor trees came to be planted along either side of a dirt road once known as "Lover's Lane" on the property of New Yorker-turned-Lakelander James H. Jones in roughly 1917. 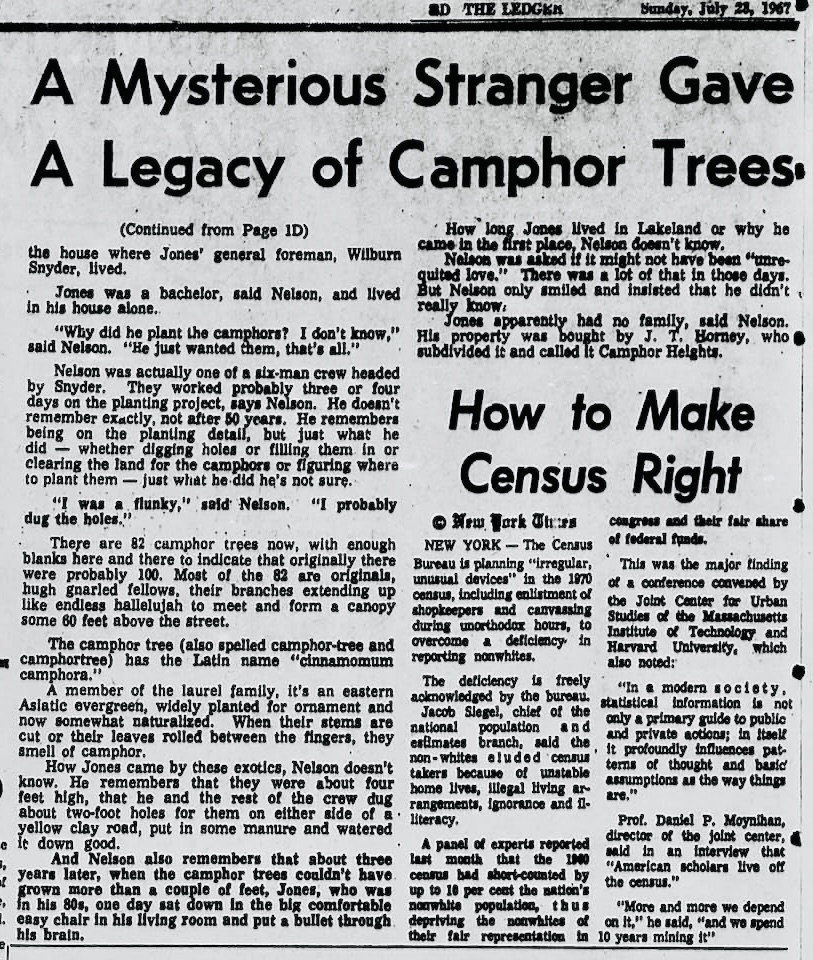 Mr. Jones owned 89 acres, 40 on each side of what later became Camphor Drive. His 3-bedroom frame house with a wraparound porch on three sides no longer exists, but it was probably in the 1600 block of present-day S. Warren Ave, near Dobbins Park. 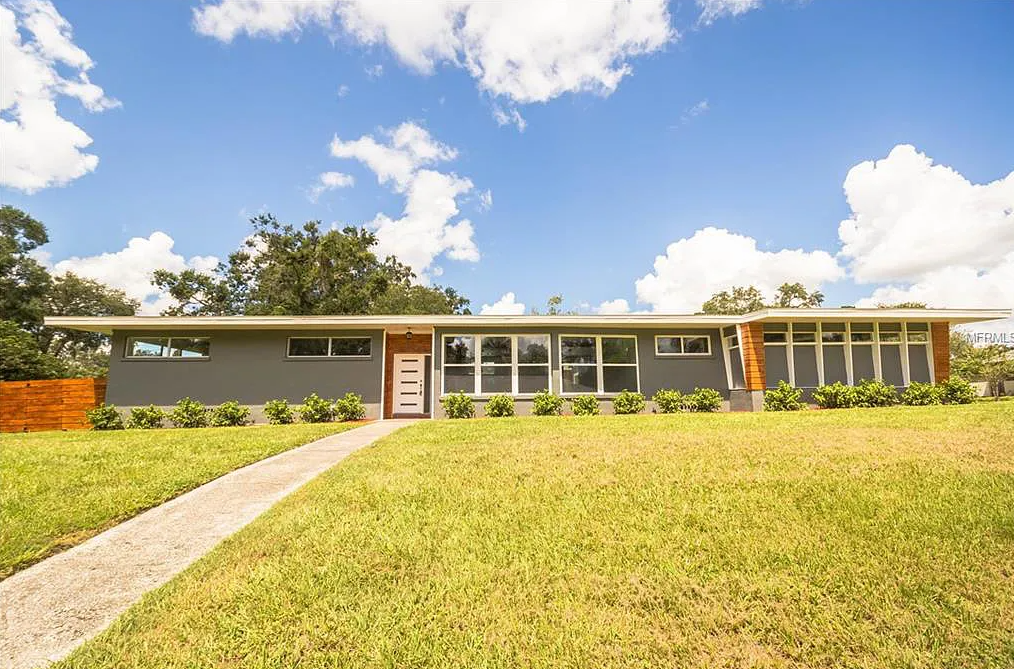 The midcentury modern home at 1905 Shady Ln. was featured on Season 6, episode 3 of the HGTV show "My Lottery Dream Home." Host David Bromstad called the house - dubbed the Presley Ranch - "midcentury madness at its best" in a "wonderfully established neighborhood." 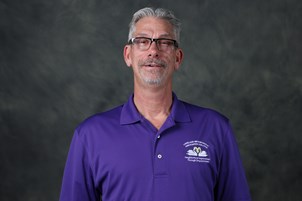 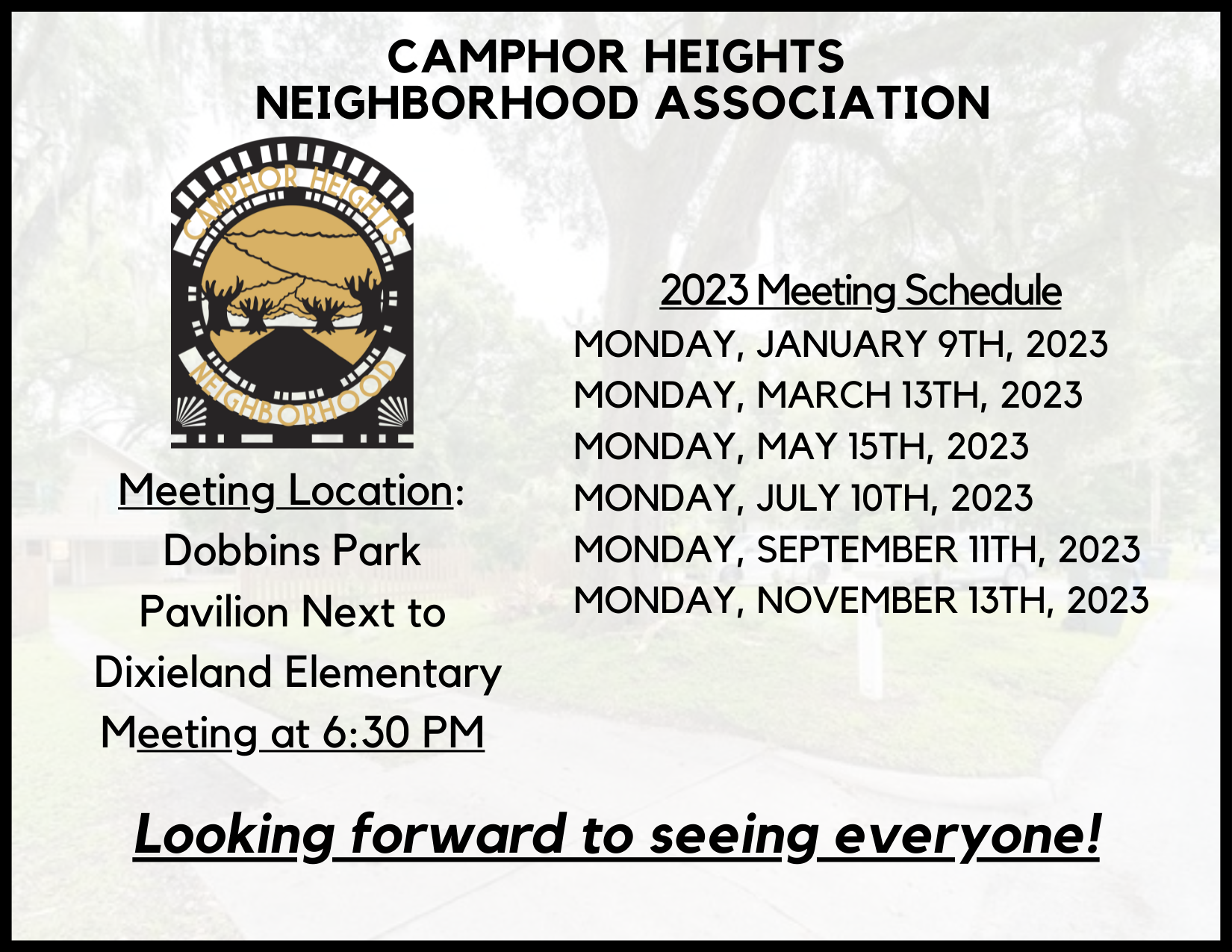 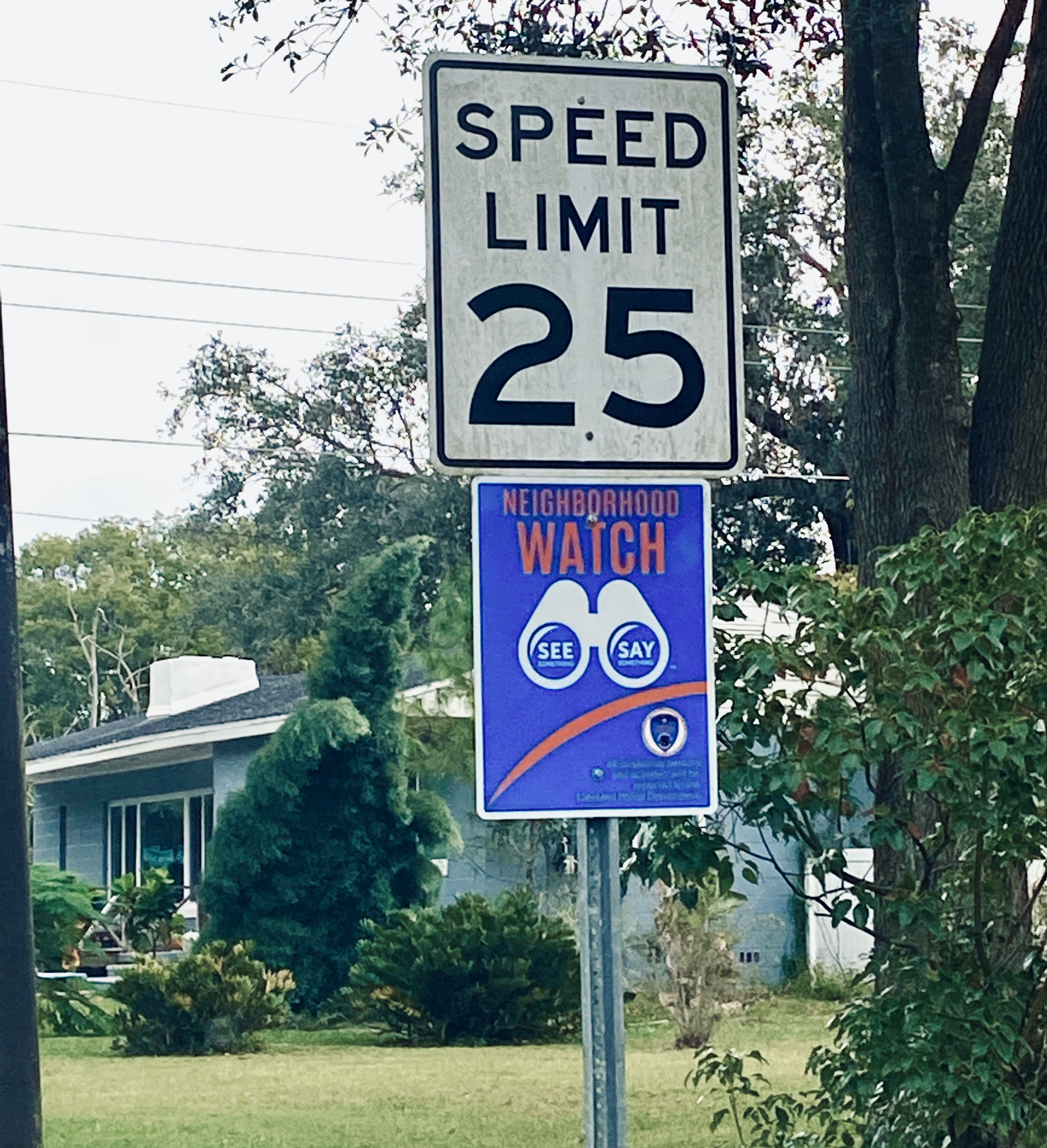 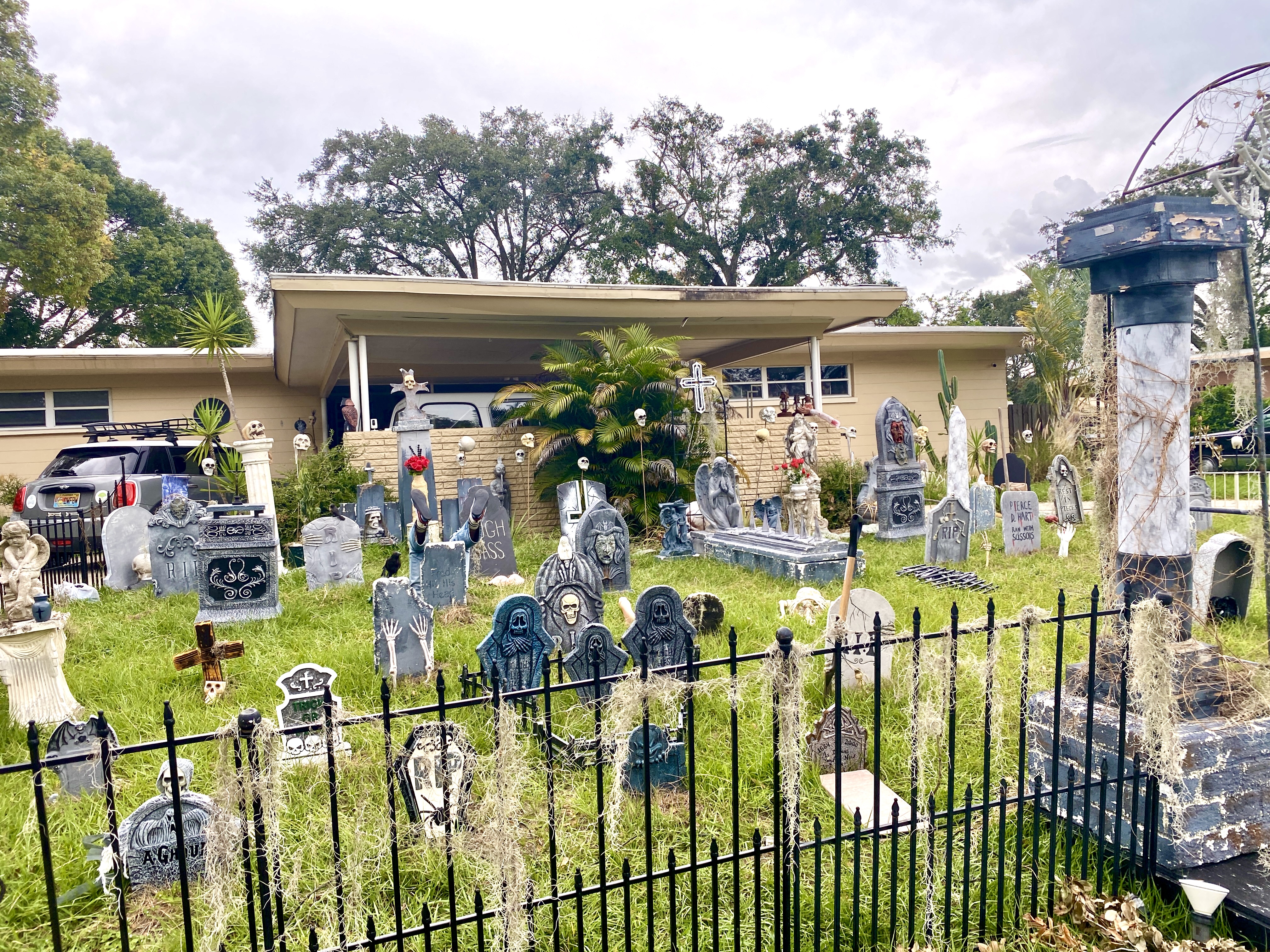 The "Camphor Heights Cemetery" pops up each year around Halloween, with its own Facebook fan page. The theme for 2022 is "Demented Fun House." 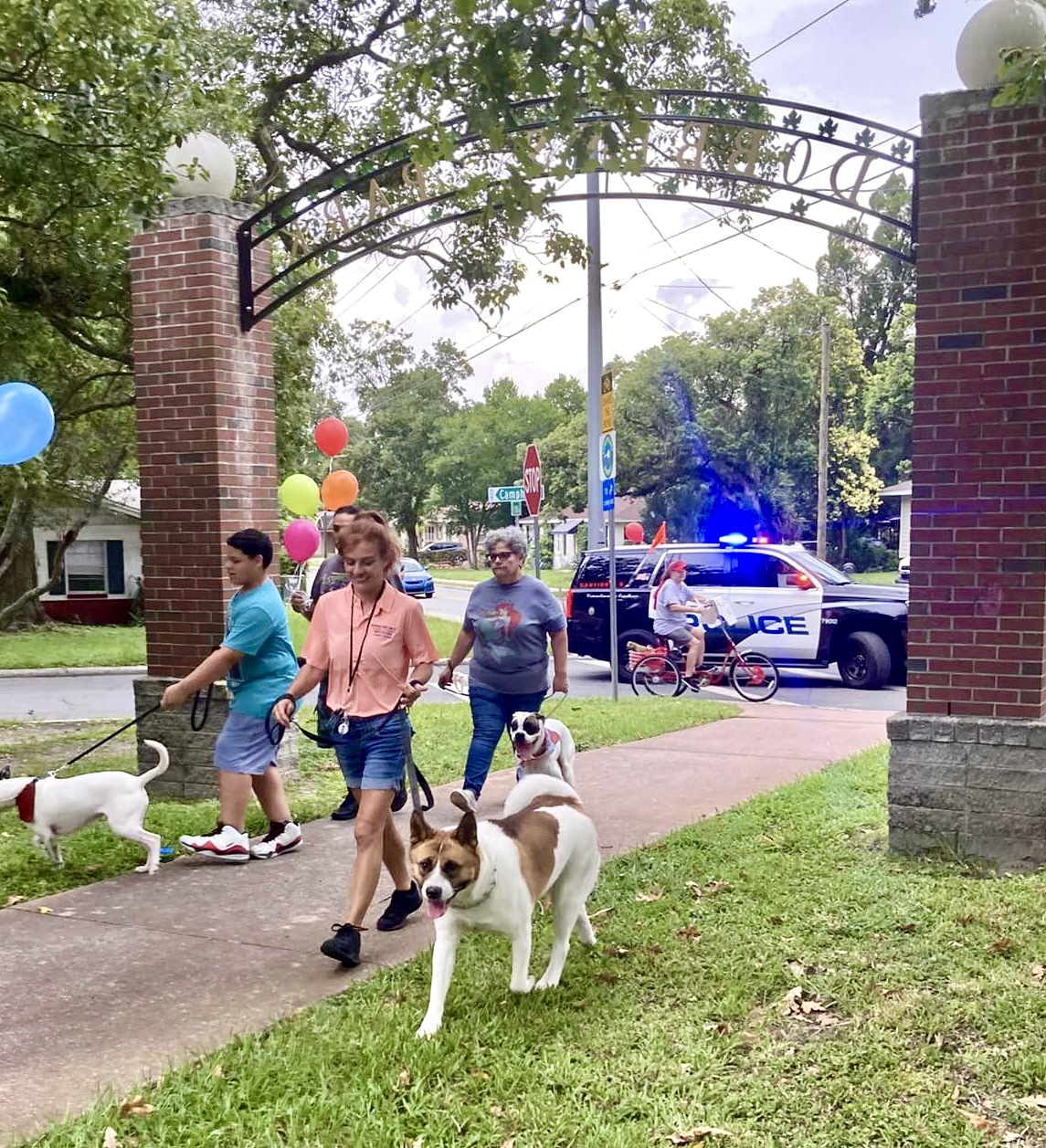 The Camphor Heights "puppy parade" is a cherished annual event. 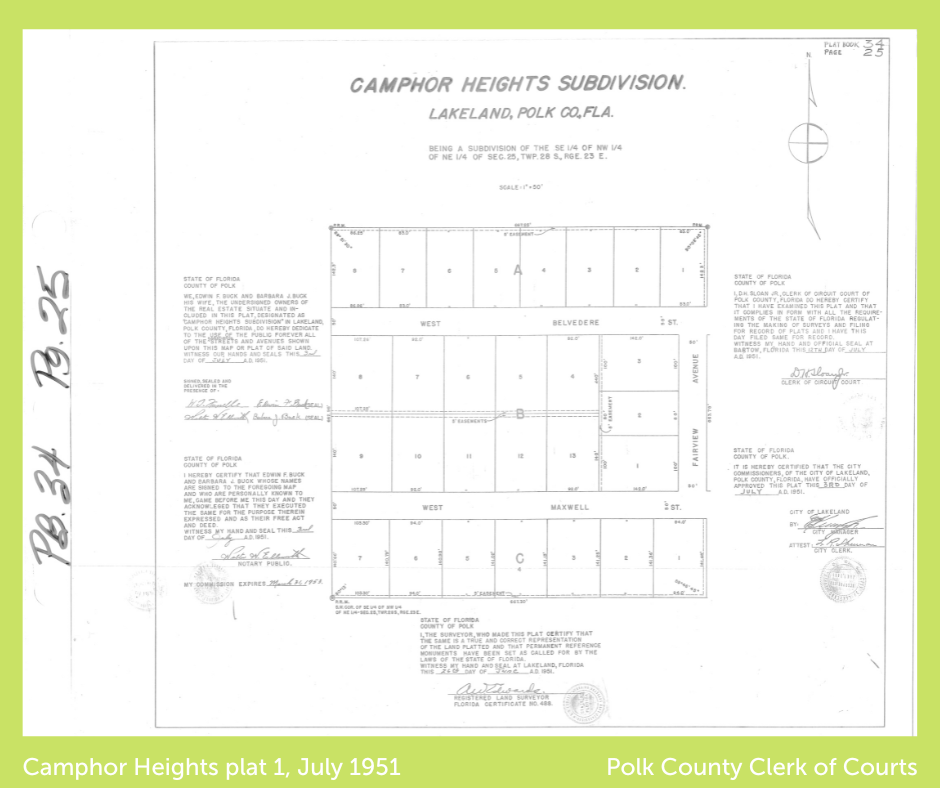 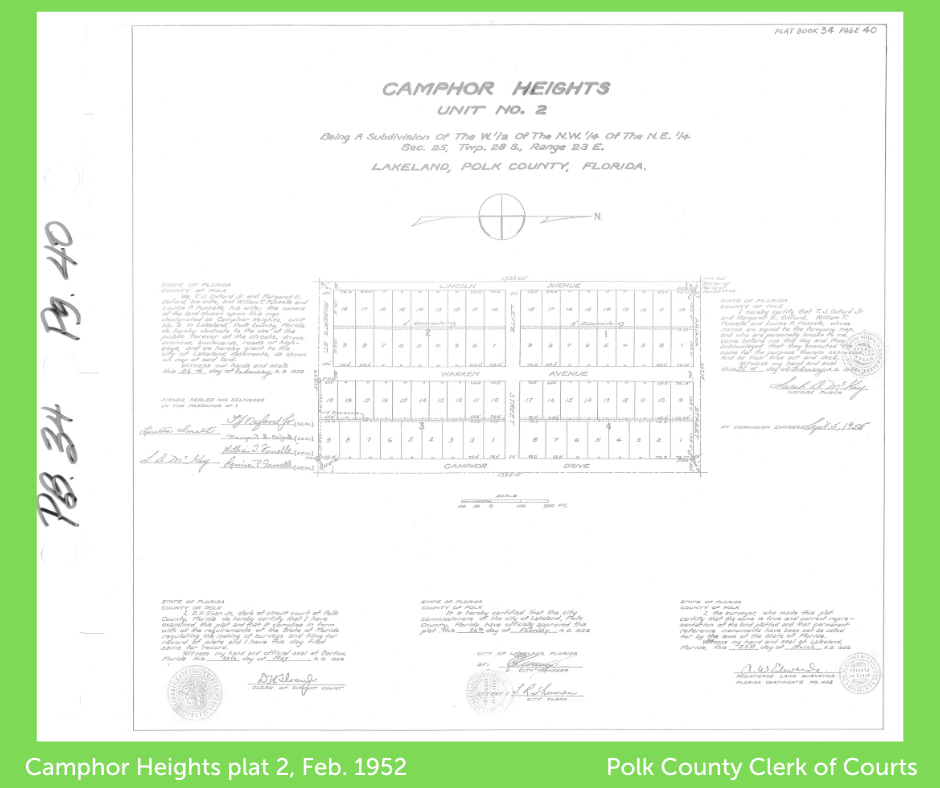 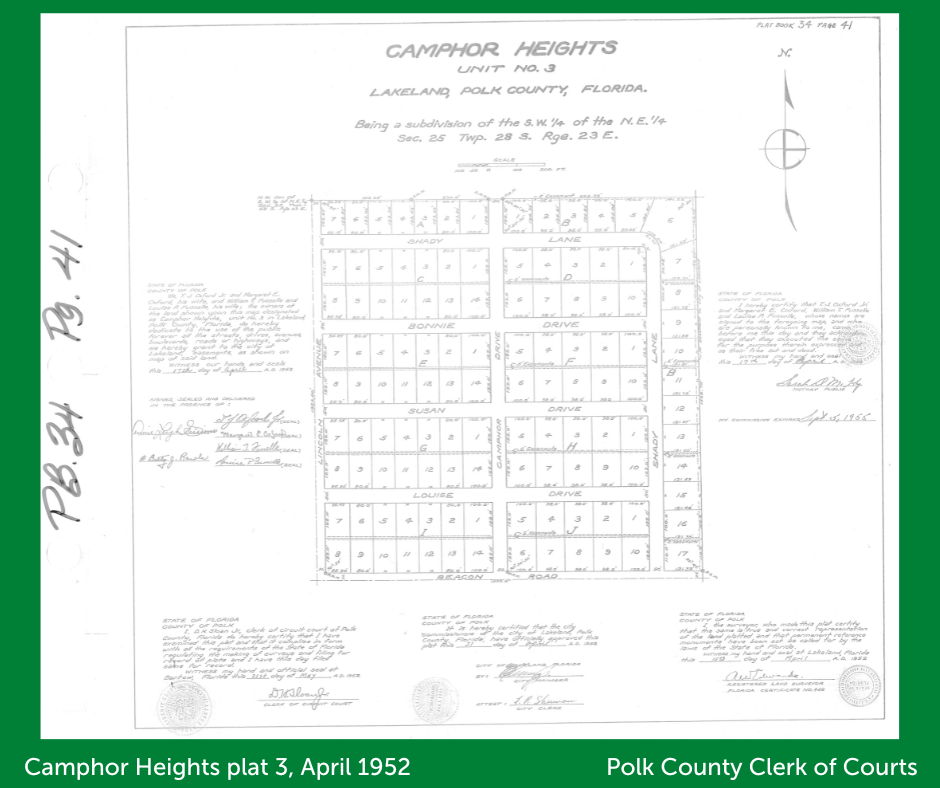