Protecting Those That Protect You: Safety and Health Initiatives Take Center Stage at the Lakeland Fire Department

It’s no secret that firefighters face many risks in the work they do. It’s part of the appeal to some, and a deterrent to others when choosing a career in the fire service. However, the more prevalent risks in firefighting today aren’t necessarily the catastrophic events often depicted in movies and primetime dramas. Emerging research is showing that the new hazards that threaten the health and lives of firefighters are killers we don’t see; cancer, heart disease, and post-traumatic stress disorder (PTSD).

This is something the Lakeland Fire Department (LFD), like several other fire departments in the State of Florida, finds unacceptable; especially given the number of resources in personal protection and mental wellness services available today. In response, LFD took action as early as 2016 to address the issues, by being the first department in the state to provide carcinogen-barrier hoods to its firefighters. With that one small step the department’s efforts have evolved into an entire campaign to change fire service culture called Safety and Health: It’s Personal. The campaign is built around addressing four key issues: occupational cancer prevention, mental health, physical health, and personal safety on the job.

Research from the National Institute for Occupational Safety and Health (NIOSH), University of Miami’s Sylvester Comprehensive Cancer Center, and others have identified cancer as a major health risk to firefighters today. With the heightened attention on the increased rates of cancer and cancer-related deaths among firefighters emerging from this research, departments like LFD are being moved to action to keep its emergency responders and their families safe.

The Lakeland Fire Department has gradually made changes over the past two years to help prevent exposure to carcinogens by its firefighters. With the formation of new advocacy and research groups in the Florida fire service, like the Florida Firefighters Safety and Health Collaborative and Firefighters Against Cancer Epidemic (F.A.C.E), LFD has taken a more active role than ever in the past year by joining these organizations and making significant changes in how firefighters respond to and clean up after incidents.

The extent of the preventative measures being taken by the Lakeland Fire Department are significant and merit awareness so that citizens, employees of the department, and other fire departments can become more knowledgeable on what is being done to prevent occupational cancers and how prevention efforts can save lives.

To educate citizens on what the department is doing to keep its firefighters safe so that they in turn can help keep citizens safe, the department produced a 14-minute video. The production, which is available on the department’s YouTube page and other social media outlets for open-source use, visually details what the preventative measures are. From decontamination on-scene to foot-washing stations; from diesel-exhaust capture systems to policies like shower-within-the-hour, the department is systematically decreasing exposure to carcinogens through changes big and small. The video also features firefighters at the department that are cancer survivors explaining their personal experiences and why prevention is so important in the fight against the cancer epidemic among firefighters.

Mental health and wellness is also something the Lakeland Fire Department is prioritizing by addressing the risks of depression, increased rates of suicide, and other symptoms of mental health trauma, including PTSD. Due to firefighters’ repeated exposure to traumatic events, combined with the stress of working as first responders, suicide rates are increasing among firefighters compared to the average population in the United States. So much so that suicides are outpacing line-of-duty deaths. The Lakeland Fire Department wants to ensure its firefighters, along with others in the region, have access to the resources and expertise needed to prevent a first responder from ever having to suffer through mental health issues on their own.

Through its involvement with the Safety and Health Collaborative, LFD became aware of and subsequently adopted the Peer Support model. The program recognizes that firefighters tend to trust fellow firefighters far more because of their shared experiences. The program trains trusted firefighter/peers to provide support and comfort while connecting the effected firefighter with the potentially lifesaving help they may need. The training hopes to provide a path to mental and emotional well-being for the department’s firefighters, who are shedding the stigma of mental illness and recognizing that it is just as much a health concern as cancer and heart failure.

Making firefighter health a priority at the Lakeland Fire Department is equivalent to putting the public first because it takes healthy and able first responders to provide emergency services to people in their greatest time of need.

Safety and Health: It's Personal 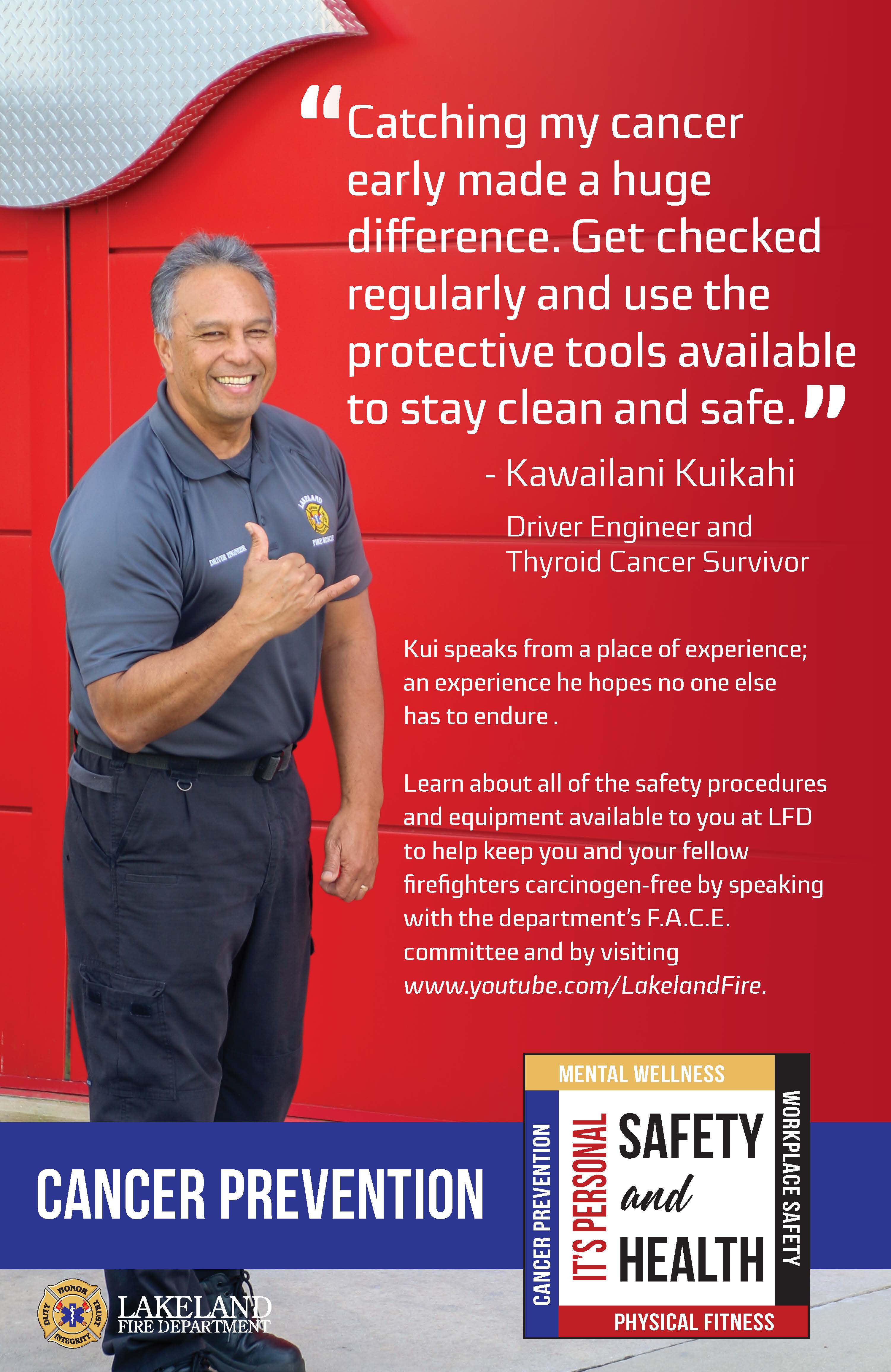 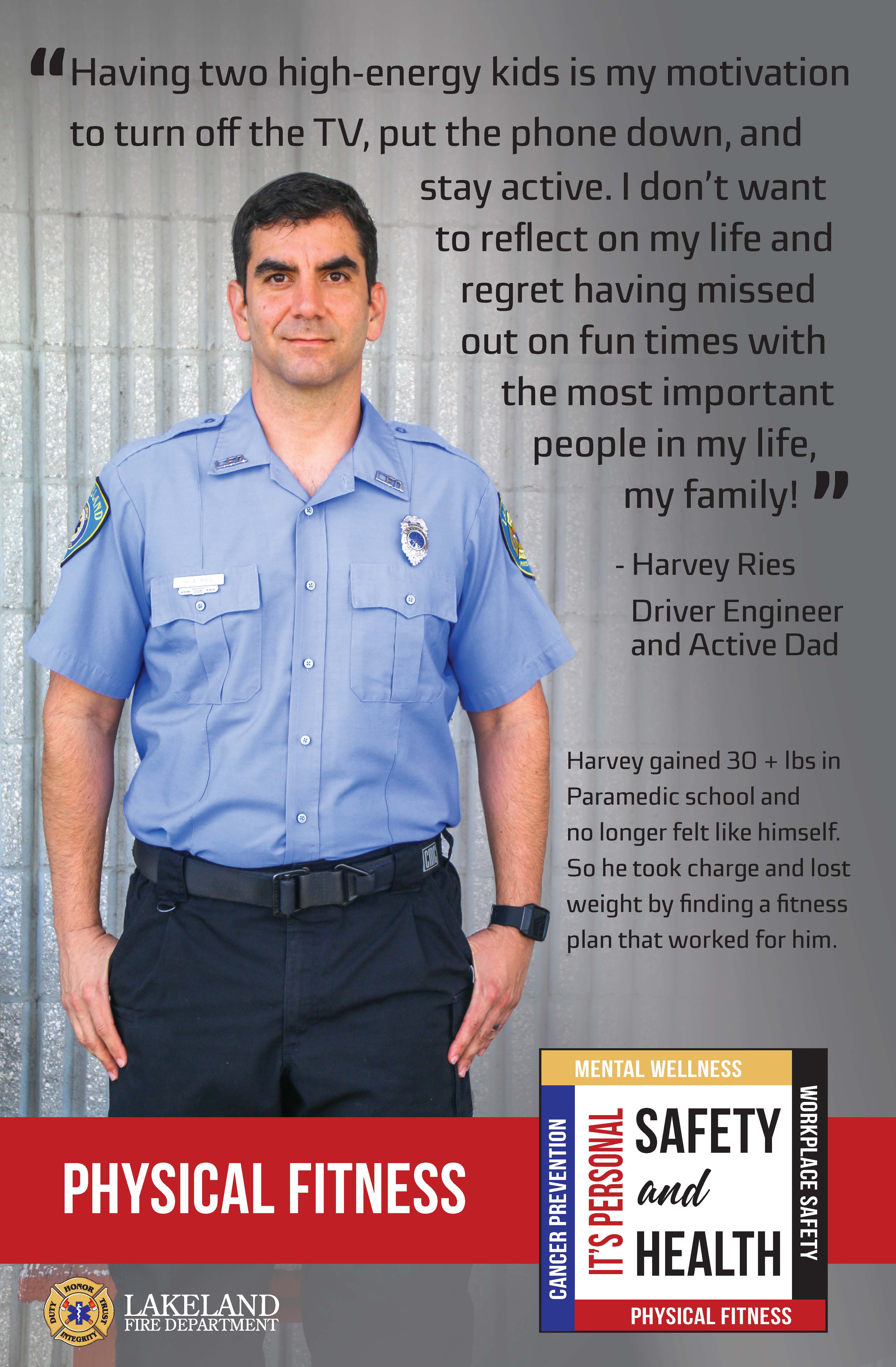 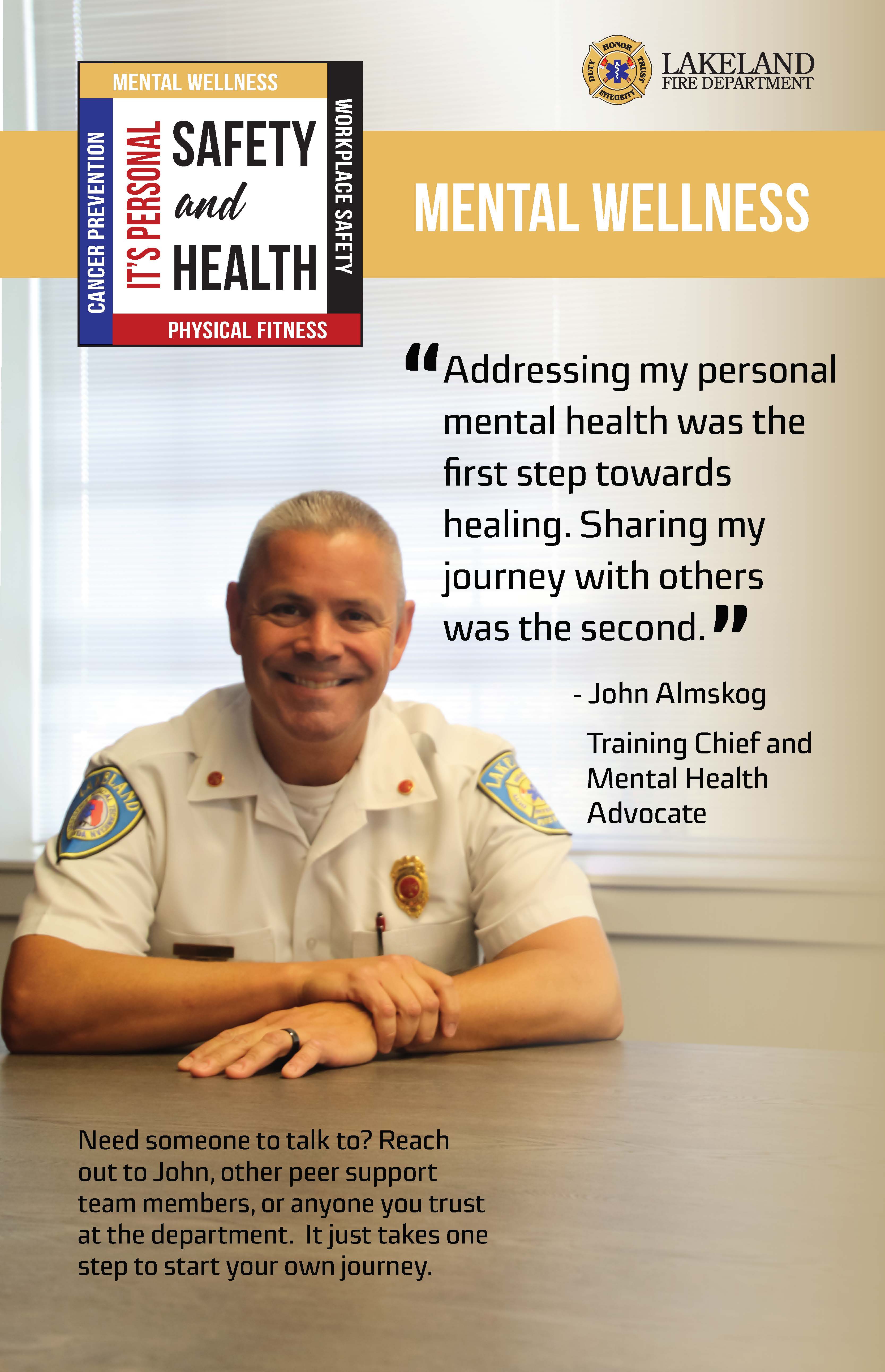 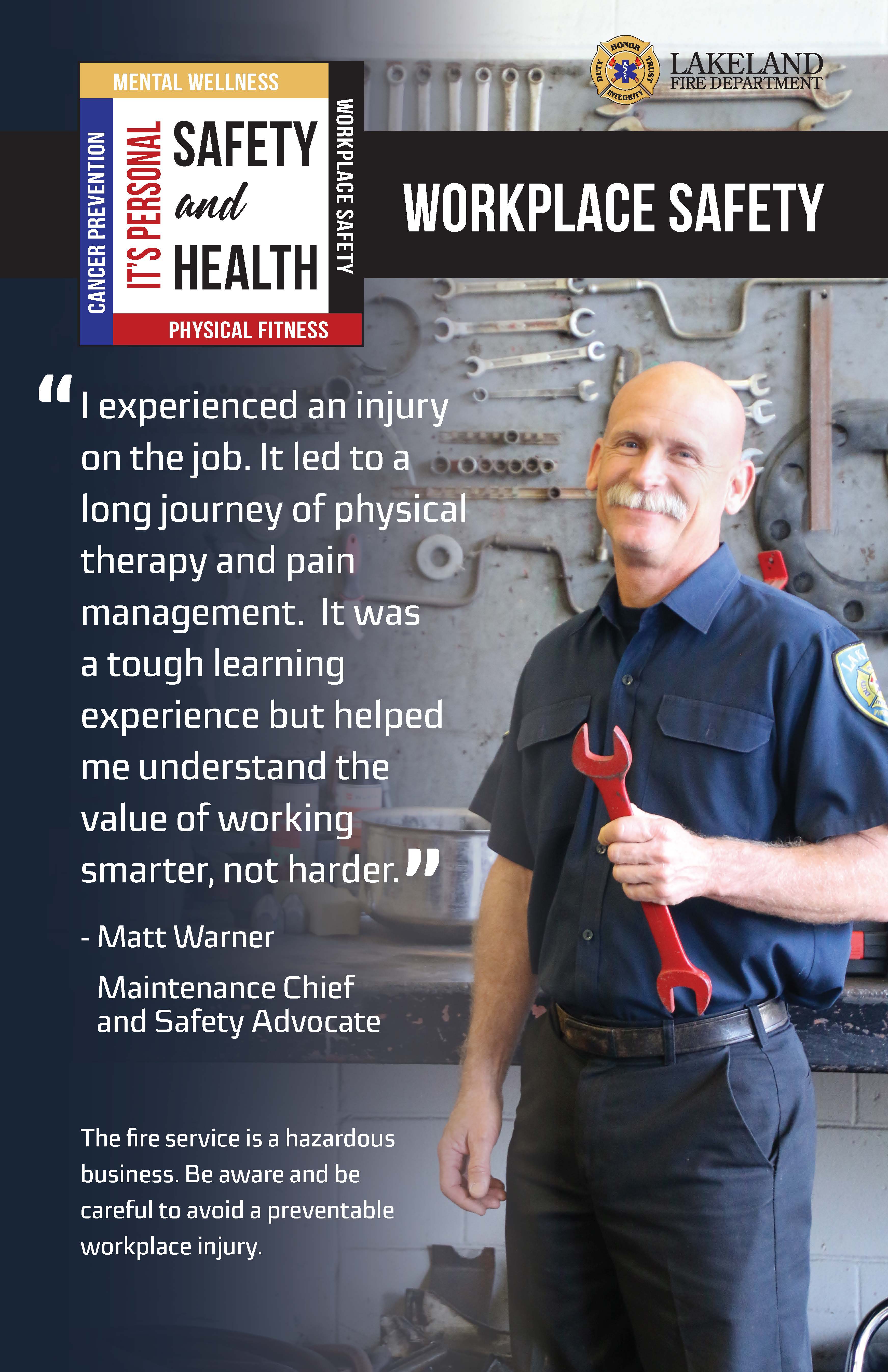 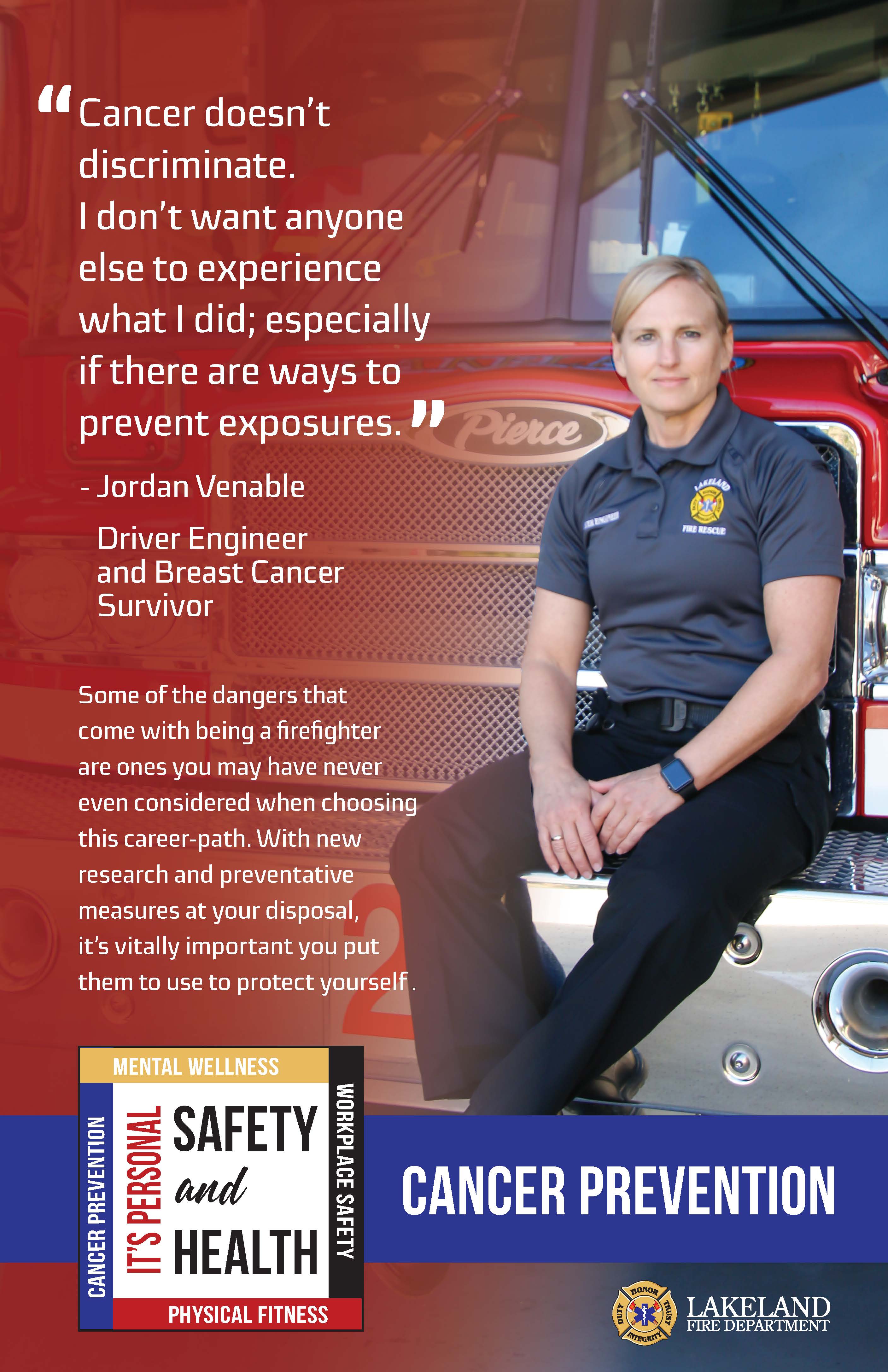 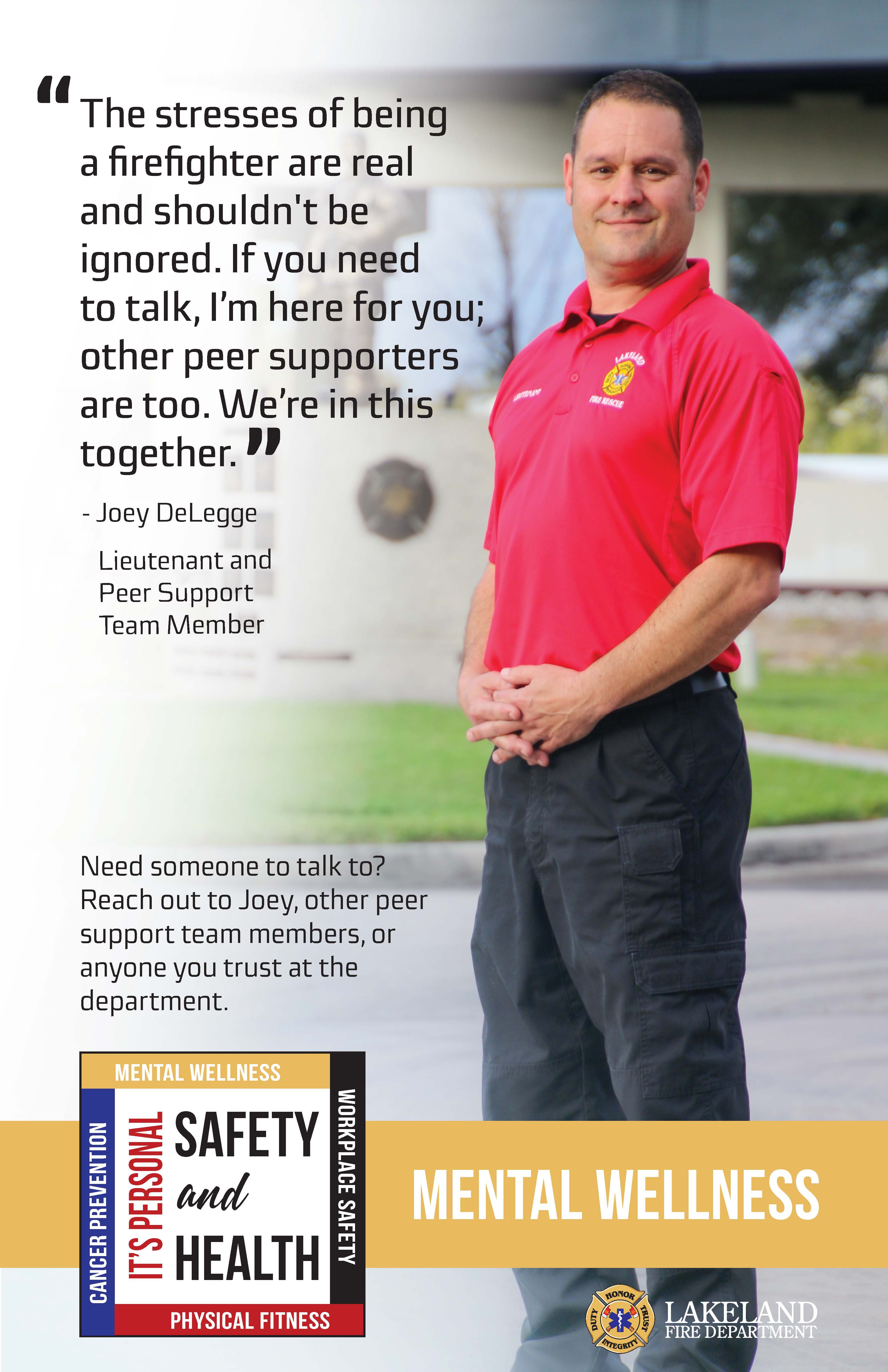 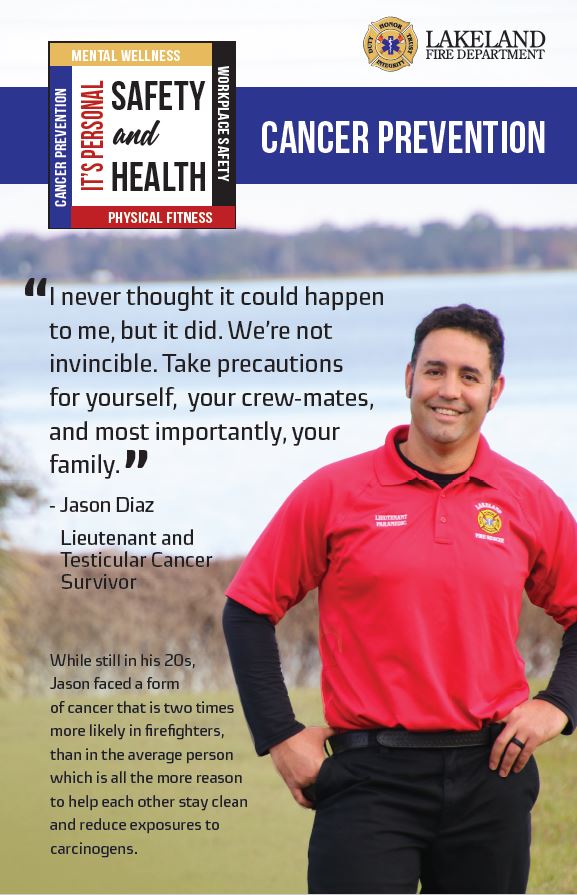 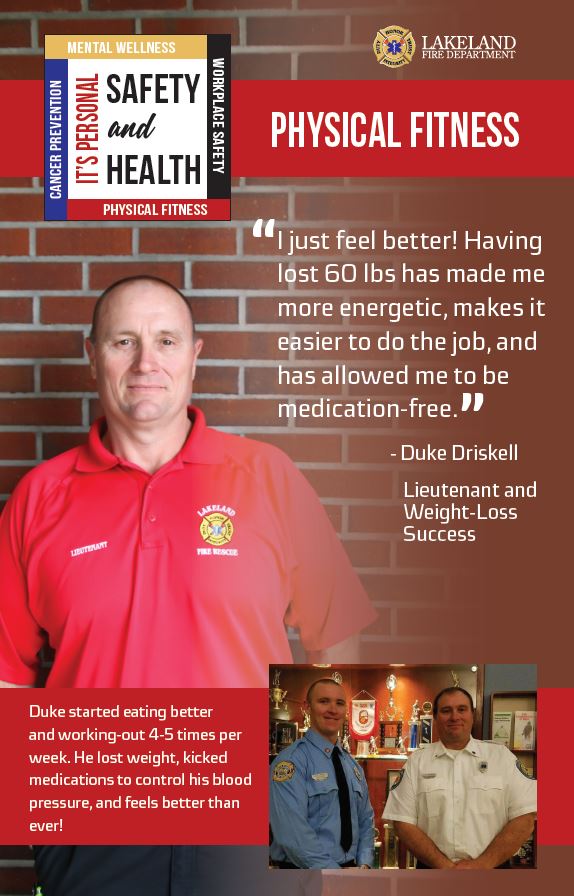 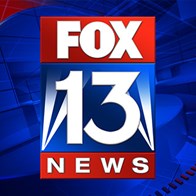