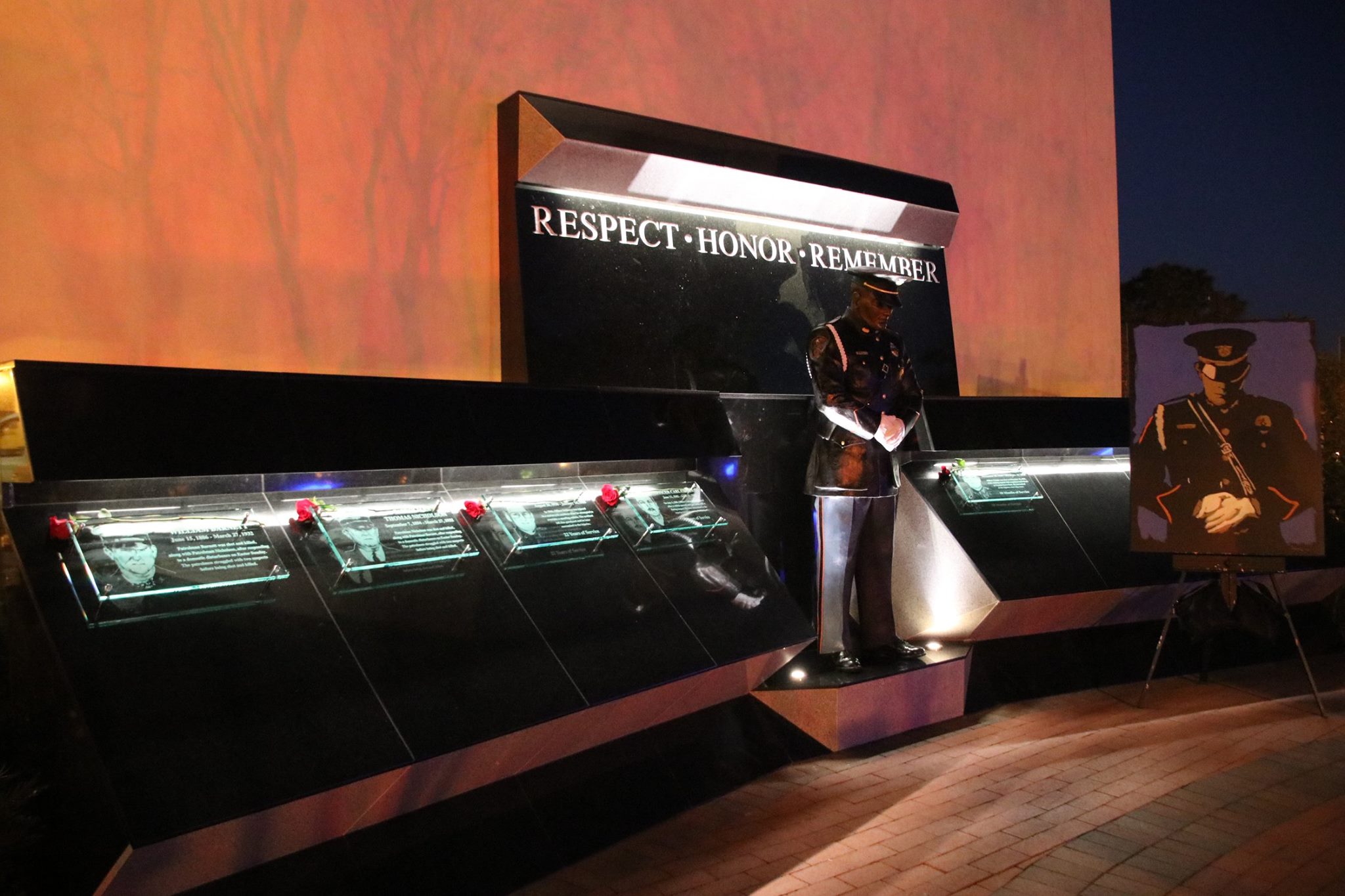 Constructed at the entrance of the station, the centerpiece features a life-size bronze Honor Guard sculpture atop a granite backdrop watching over the names of the fallen officers. Attached to the granite are seven glass plaques, each etched with a fallen officer's name and photo. Also featured is a large glass badge, illuminated with LED lights, to serve as a reminder of those still serving. The foundation of the site is lined with personalized engraved bricks which were sold to help fund the project. The innermost circle features a brick for each of the fallen officers while the surrounding ring of bricks are all current or former members of the Lakeland Police Department.

The construction of the memorial took almost one year to complete and was expedited by a gracious donation of one million dollars from an anonymous donor. This donation along with continued fundraising efforts will ensure the perpetual care of the sacred site.

Former Assistant Chief Mike Link, who also served on the project team, stated, "This memorial will forever honor those who made the ultimate sacrifice while serving the citizens of Lakeland. It has been very humbling to see the support from our community. Without their charitable contributions, the memorial would have not been possible." 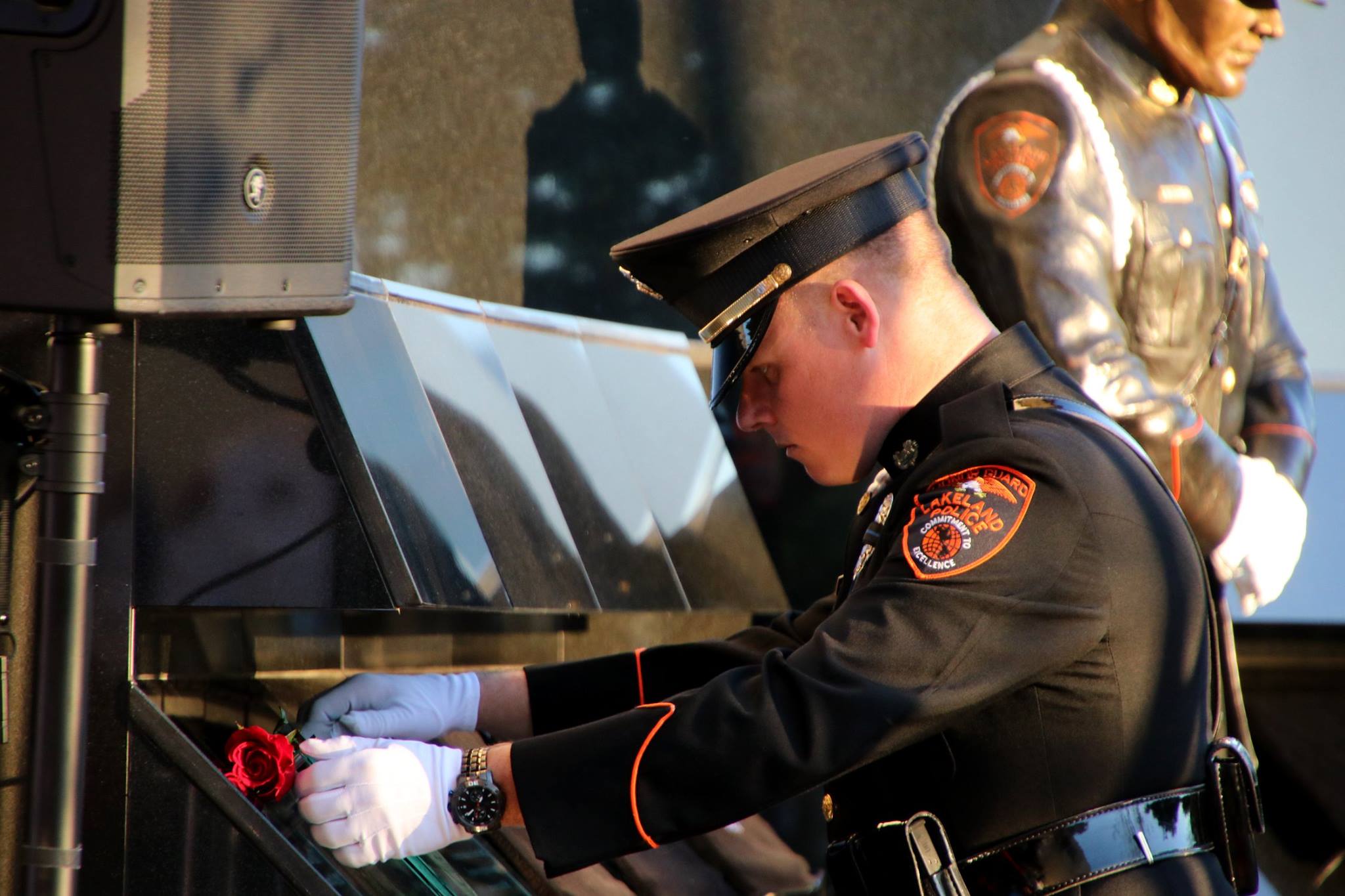 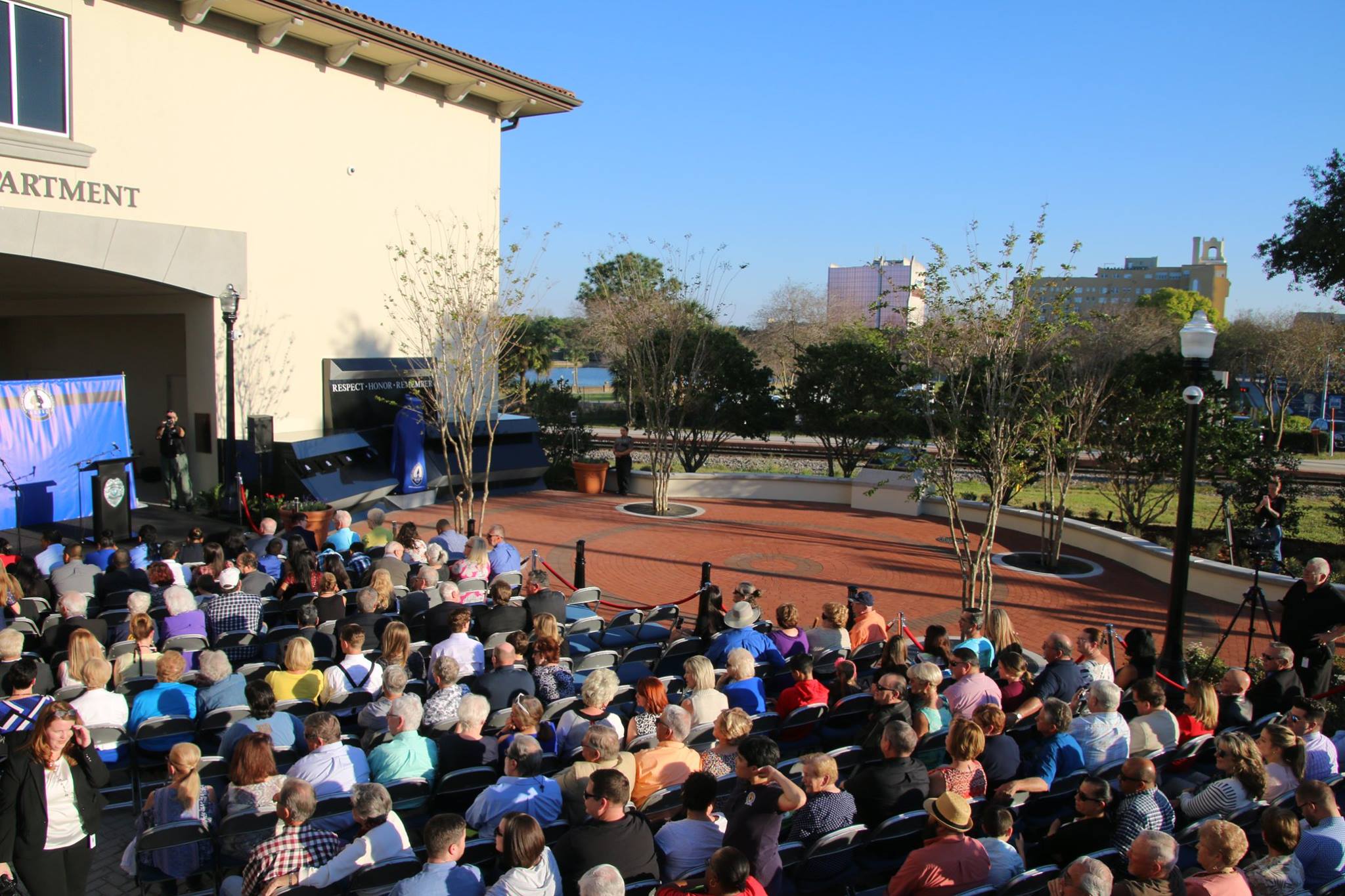 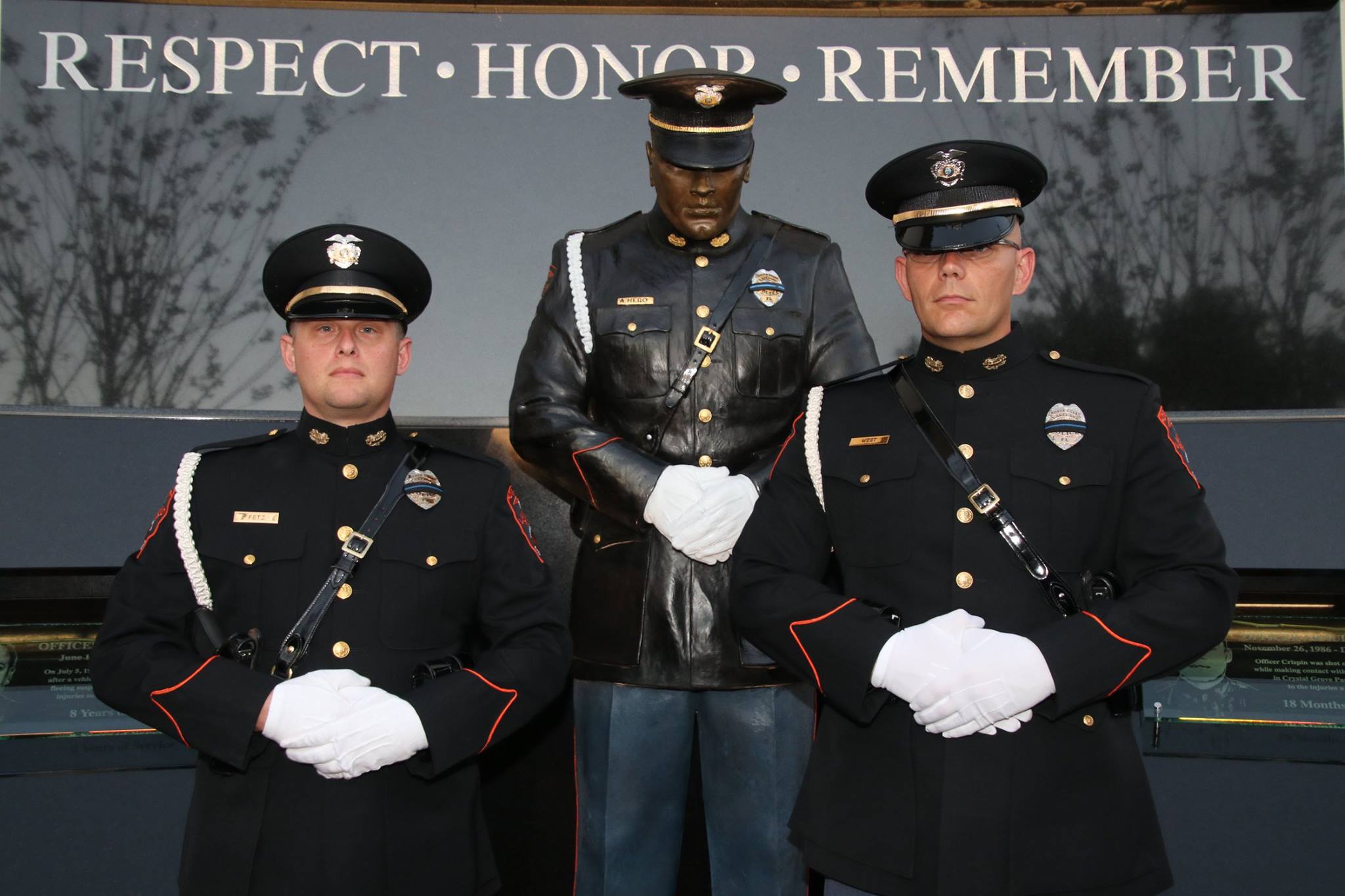