With a history going back to Florida’s pioneer days in the 1870s, the City of Lakeland is proud of its unique architectural and cultural heritage. Boasting the world’s largest single-site collection of Frank Lloyd Wright-designed buildings on the campus of Florida Southern College, as well as notable buildings and structures designed by Donovan Dean, Franklin O. Adams, Edward Columbus Hosford, and Charles Wellford Leavitt, Lakeland’s architectural history reflects a diversity of styles and character.

Established in 1980, Lakeland’s historic preservation program protects the irreplaceable architectural, cultural, and historical character of our community. Historic preservation maintains the integrity of the City’s historic districts and local landmarks and ensures that changes to these areas and structures are done in an architecturally appropriate manner that preserves their character. Long-term outcomes of this program have strengthened the local economy by attracting and stimulating private investment, creating new jobs, stabilizing and improving property values, and increasing heritage tourism opportunities. Lakeland was named a Certified Local Government by the National Park Service and Florida Division of Historic Resources in 1989, one of the oldest such designations in the state, which enables it to administer federal and state historic preservation programs. Within the City of Lakeland Land Development Code, Article 11: Historic Preservation Standards defines Lakeland’s historic preservation program. 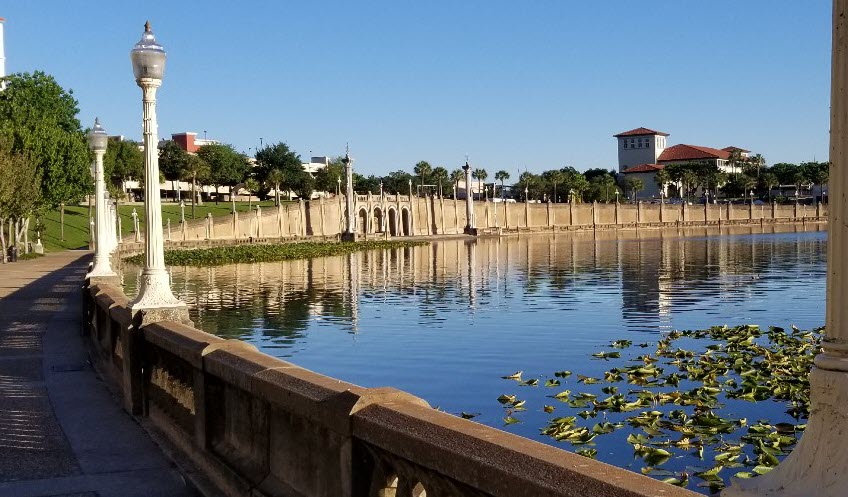 The Lake Mirror Promenade was designed by New York architect Charles Leavitt and dedicated in 1928. It was the first public structure in Lakeland to be named to the National Register of Historic Places. 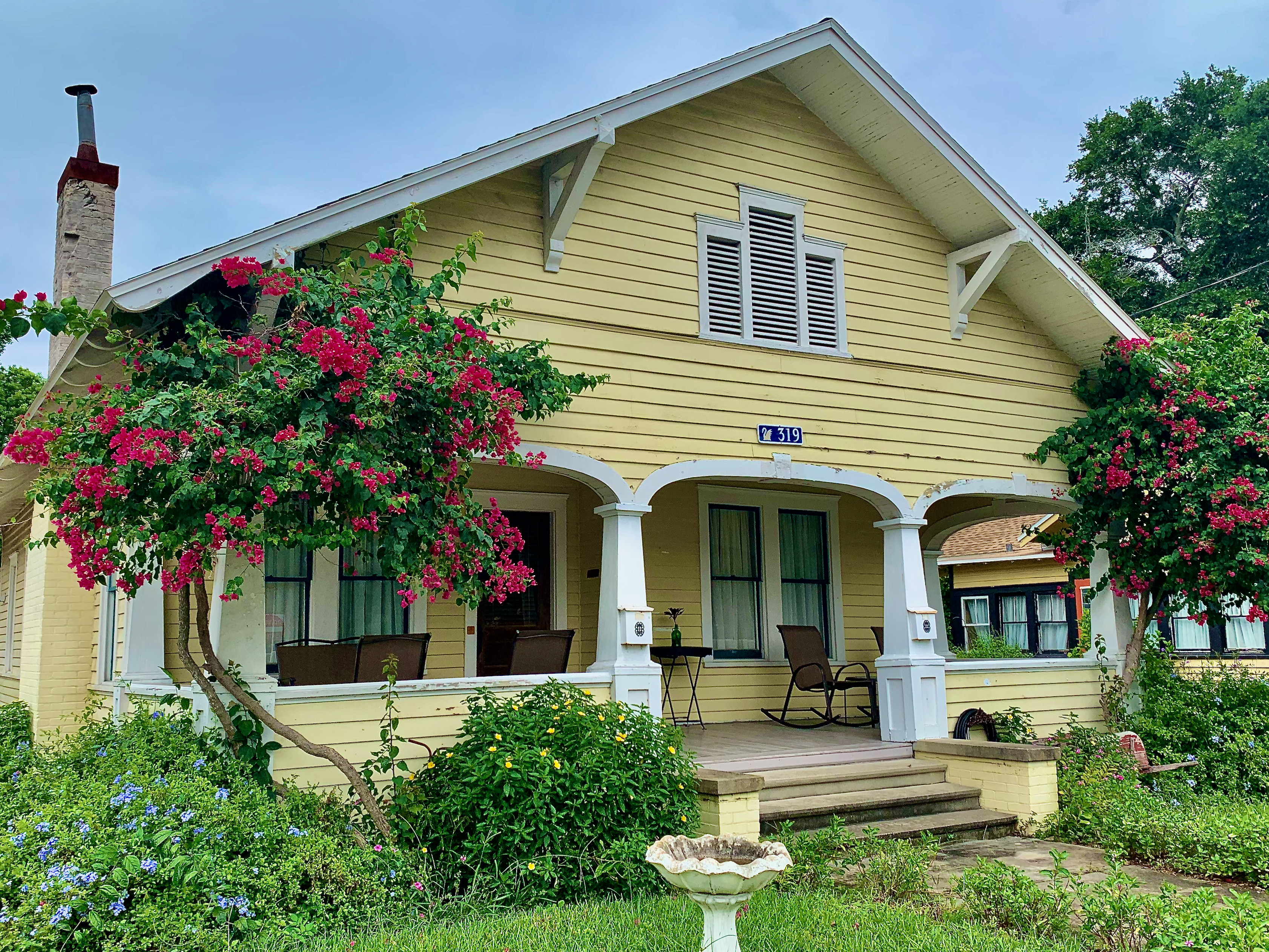 Built in 1901, the classic Craftsman bungalow at 319 Lake Avenue is one of Lakeland's cherished "Century Homes." 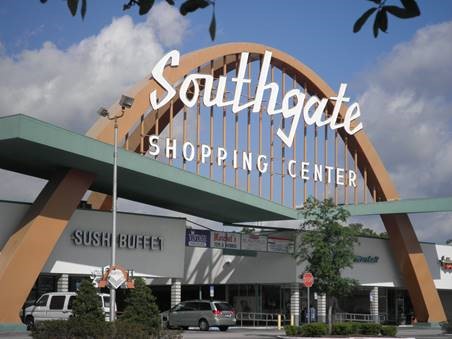 The iconic Southgate Shopping Center arch was built in 1957. Designed by architect Donovan Dean, it is 70 feet tall and includes 67 tons of steel. (Photo by Karen Moore Vintage Sign Photography)

The resurvey of the East and South Lake Morton Historic Districts is underway. The city received a $50,000 matching grant from the Florida Division of Historical Resources (FDHR) to help fund Phase 1 of an expected three-phase project to resurvey all seven of Lakeland’s historic districts. The plan is as follows:

Four firms responded to the city’s request for proposals for Phase 1. The City Commission approved awarding the contract to PaleoWest LLC, a cultural resources consulting firm based in St. Petersburg. Here is more information about the project: 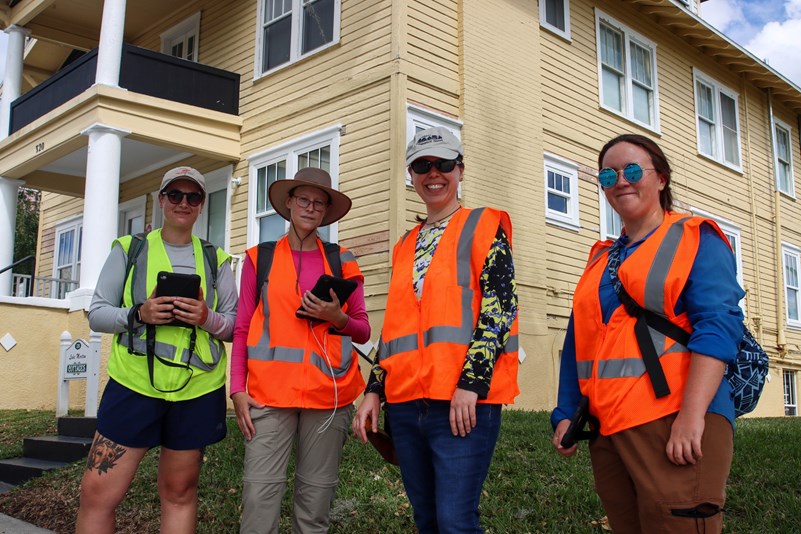 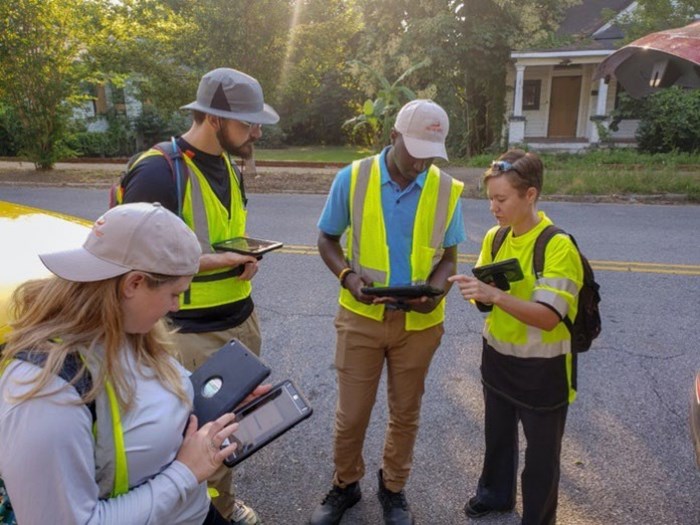 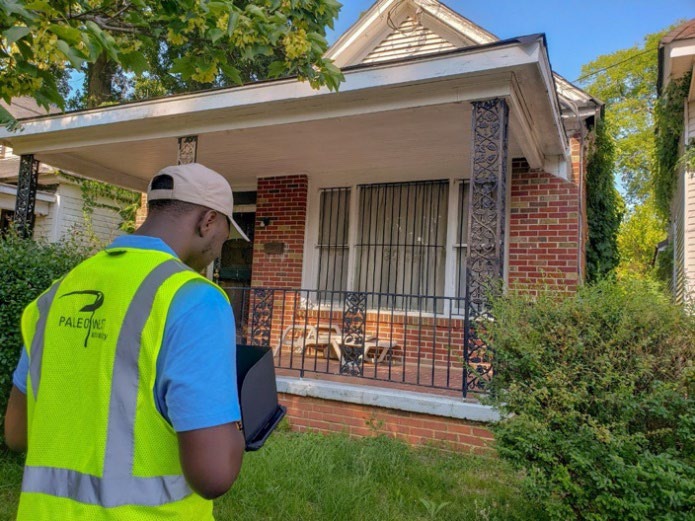 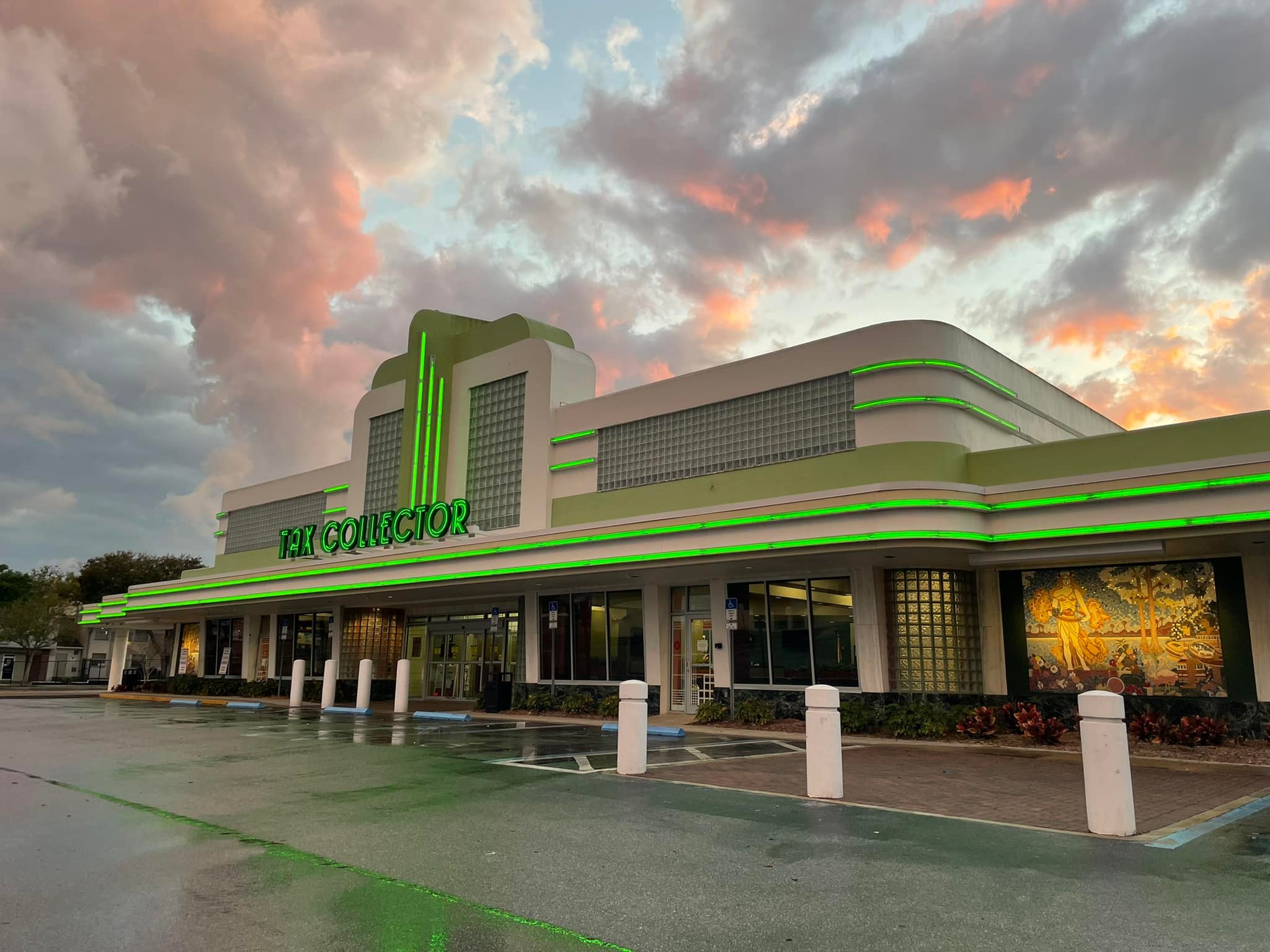 The Polk County Tax Collector's Office Lakeland Service Center is a celebration of art-deco style. It was built in 1953 as a Publix grocery store. 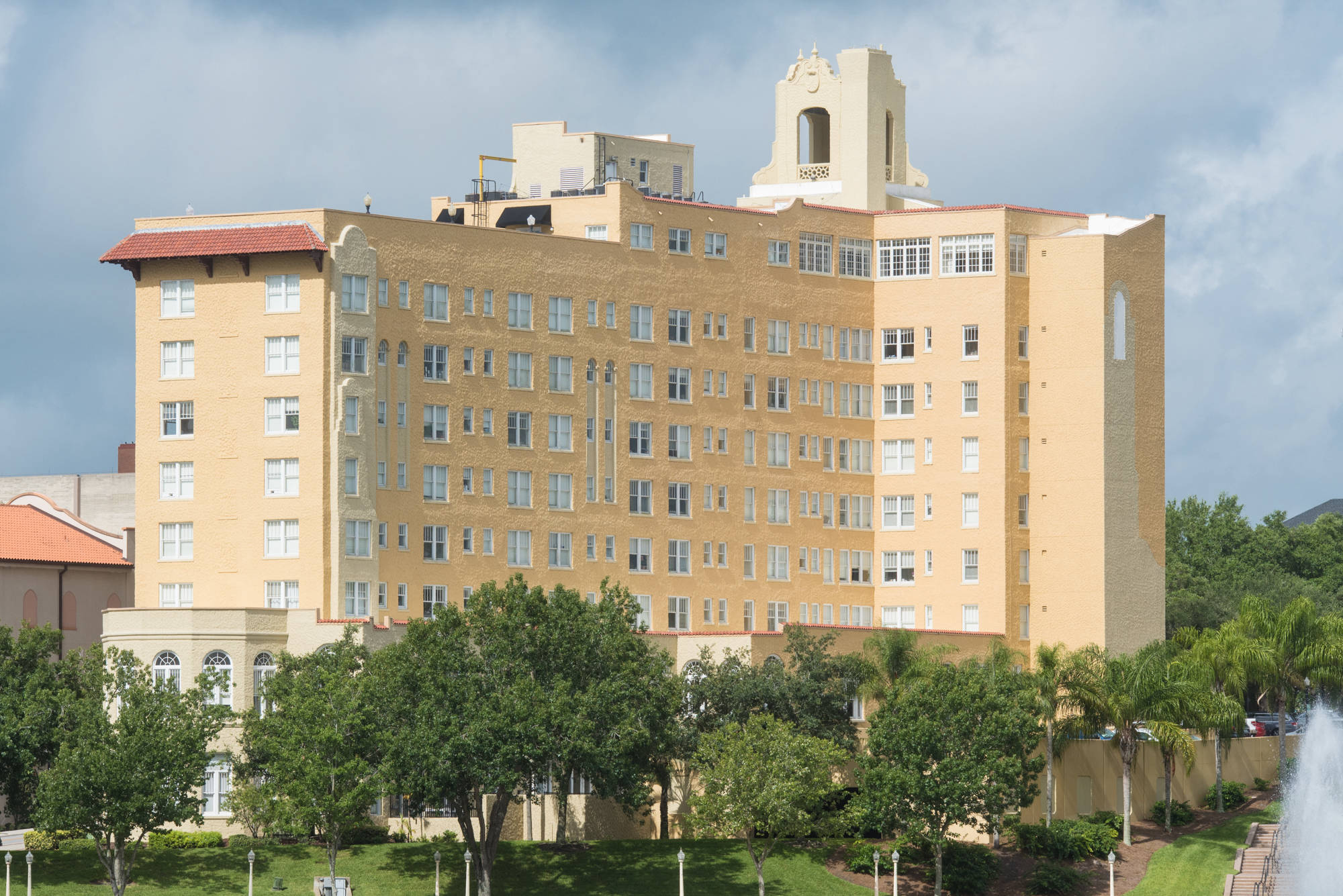 Lake Mirror Tower was originally built in 1926 as the New Florida Hotel. The eight-story structure was purchased by the City of Lakeland and renovated in 2004. It now has 76 apartments. 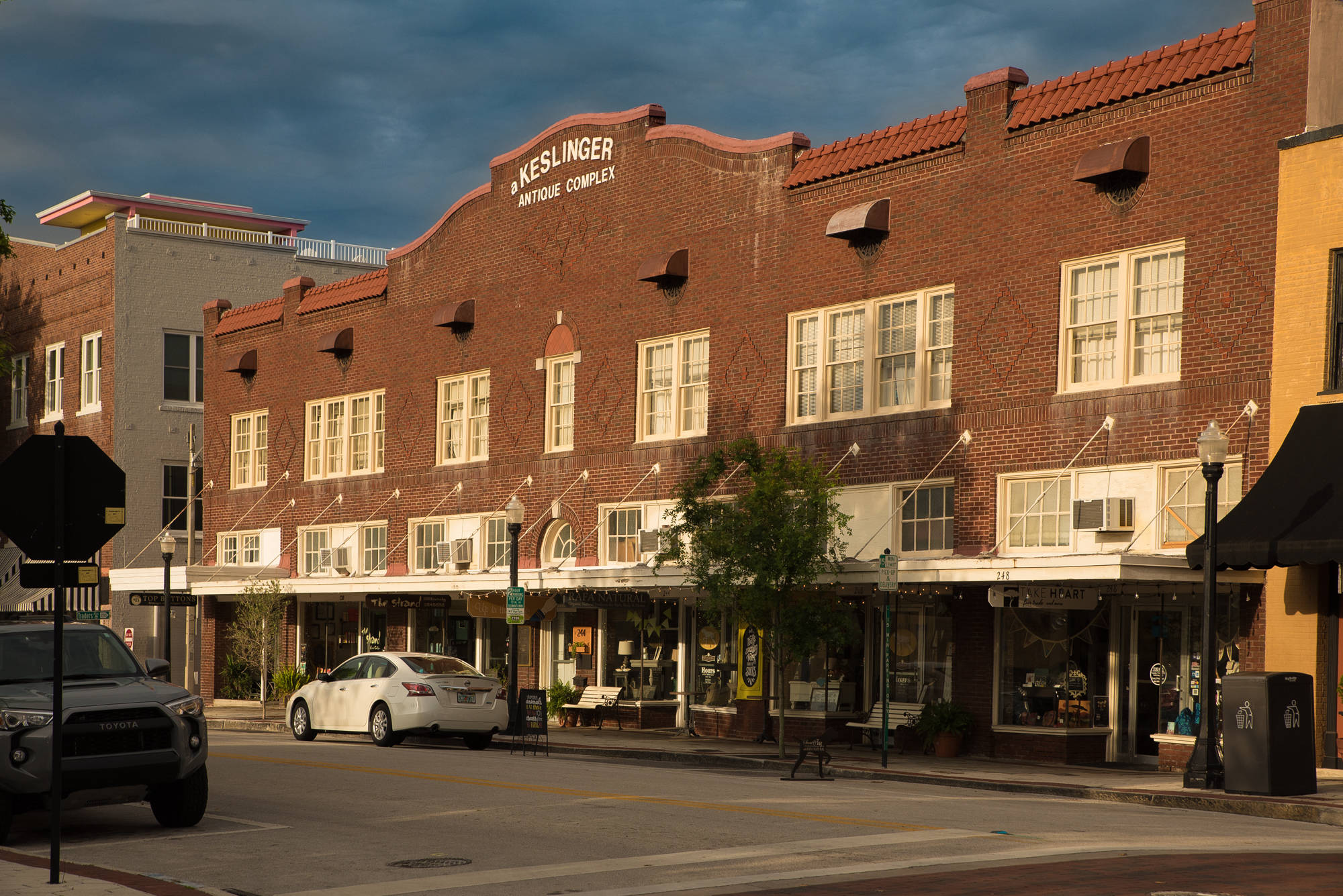 The Keslinger Antiques Complex on N. Kentucky Avenue has housed a number of businesses over the years before becoming part of the Lakeland Antiques District. It was built in 1925 and renovated in 1987.