Lakeland, FL | At approximately 9:00 PM on May 22nd, the Lakeland Fire Department (LFD) received a call of a structure fire at a residence, located at 1207 Walnut Street. Upon arrival, crews observed heavy smoke and flames billowing from the front of the structure.

Fire crews initially made a defensive fire attack from outside the structure before being able to safely enter the structure and complete extinguishment of the fire. The fire did spread to a van parked in the driveway, but it was quickly extinguished. An adjacent convenient store was evacuated out of precaution. The fire was brought under control in less than 20 minutes. The American Red Cross was called in to assist and is helping one displaced family.

No firefighter injuries were reported.

The fire was determined to be accidental, and the cause was electrical. Further information on home fire safety can be found on our website at www.lakelandgov.net/lfd and on our social media sites.

Photographs from the scene are attached. 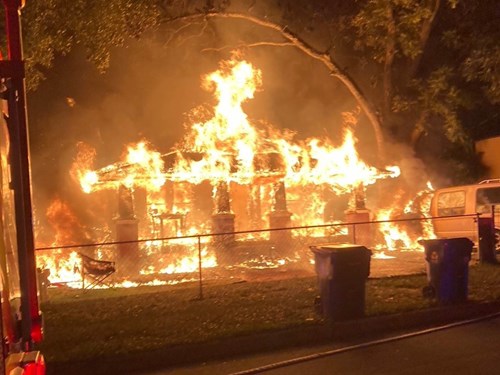 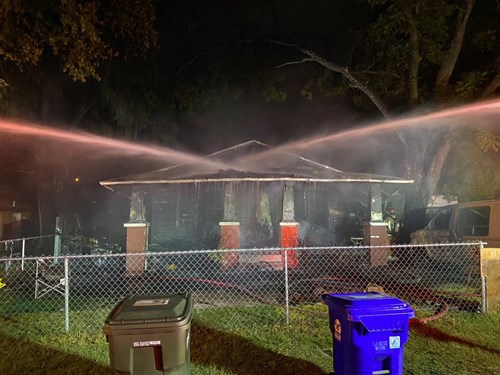 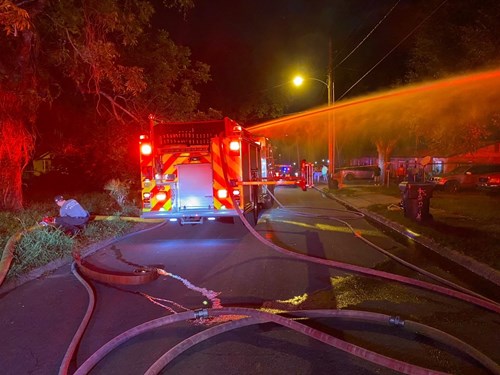