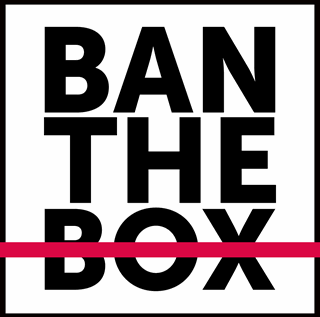 Action Will Remove Questions About Prior Criminal Convictions on Applications

LAKELAND, FL (January 28, 2021) | City Manager Shawn Sherrouse has implemented a Ban the Box process that will remove the questions about prior criminal convictions for job applicants.  The new process goes into effect Monday, February 1st.   Ban the Box legislation started in 1998 with Hawaii being the first state to pass a law restricting employers from inquiring about a candidate’s criminal background prior to an offer being extended.  Since then, legislation has been enacted in 33 states and more than 150 municipalities. The state of Florida has not implemented similar legislation but several cities and counties within the state have Ban the Box initiatives including Tampa, Orlando, Gainesville, Jacksonville, Tallahassee and Sarasota, just to name a few. Sherrouse said, “My goal as City Manager is to have a more diverse pool of applicants so our workforce mirrors the community’s demographics.  It has been proven in other jurisdictions that similar Ban the Box initiatives bring in more applicants from minority communities.”

The Department of Labor through the Equal Employment Opportunity Commission (EEOC) published guidelines on Ban the Box to provide insight to employers and ensure individuals are not being discriminated against based on prior criminal backgrounds.  Sherrouse said, “There is a whole matrix that we use to determine if a candidate is the most qualified and we measure those risk factors that include the time elapsed since conviction, rehabilitation efforts, employment history, character and the facts surround the criminal offense.”  He added, “We have always had the matrix in place but many job candidates would stop filling out an application when they got to the questions about criminal history.”

The questions about criminal history will be removed from the City’s initial hiring process and potential job candidates that may have a criminal offense in their background will not be judged at the time of submitting their application.  Instead, criminal background checks that are part of the hiring process when a potential candidate is being considered for a position will allow the City to plug the factors surrounding the situation into the matrix and determine if the person is qualified for the position.

“There are pros and cons to Ban the Box initiatives but we believe the pros far outweigh the cons,” stated Sherrouse. “We will increase our pool of applicants, provide a second chance for qualified individuals and open our job market to those that made a mistake but paid their dues to society.  The major cons that we reviewed will be mitigated by background checks that will clearly indicate if a person has a prior conviction; we can then review the facts before making a hiring decision.”

Data provided by the EEOC shows that criminal histories are impacting the ability to hire minorities because arrest rates are higher with African American and Hispanic males at rates up to three times their proportion of the general population. Current incarceration rates indicate one out of six Hispanic men and one out of three African American men will spend time in prison.  The EEOC estimates that 70 million US adults have an arrest or conviction that could impact the ability for gainful employment. This creates a vicious cycle that contributes to recidivism when people can’t obtain a job due to prior convictions.

Starting Monday, February 1st there will be one application that will eliminate questions related to criminal background for all positions outside of the public safety sector.  Public safety will have applications specific to the police and fire departments. Sherrouse said, “As far as I know, Lakeland will be the first City in Polk County to initiate this type of process that will eliminate a job applicant from checking a box in regard to admitting a previous criminal conviction, and this will provide opportunities for truly reformed individuals to serve our public.”