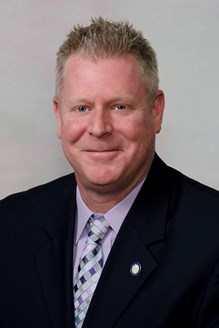 LAKELAND, FL (June 8, 2021) | City Manager Shawn Sherrouse appointed Brian Rewis as Interim Director of Community & Economic Development. Sherrouse said, “As the Assistant Director, Brian is intimately familiar with the responsibilities of the Department, and he is an advocate for our customers and the citizens we serve. During his 18-year tenure with the City of Lakeland, he has worked his way up in the Department, and I have full confidence that he will continue to provide the highest levels of public service.”

The City of Lakeland first hired Rewis on June 2, 2003, as Code Enforcement Division Manager. He was promoted to Assistant Director of Community & Economic Development on December 23, 2018.

Rewis said, “I am truly honored and blessed to have been asked to serve as Interim Director of Community & Economic Development. The Department has flourished amidst unprecedented growth under the leadership of Nicole Travis, who is now the City’s Deputy City Manager. With a great team of talented professionals in place, I am ready for the challenge to build on that success and deliver the exceptional quality of life that our community deserves.”